A Defense of Intellectual Property 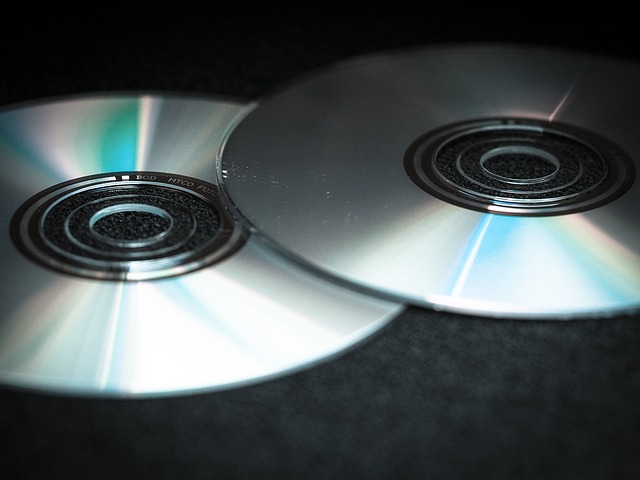 Before we start arguing about the pros and contras, let us first start with defining the main characteristics of intellectual property. Only when we are clear about what characterises intellectual property we can identify it when we see it. Intellectual property means the ownership of information. This can be anything from music, design, literature or in case of patents even the simple knowledge about something. Characteristic of ownership is that someone has the exclusive right so use, distribute or even change these information. As a consequence, that means nothing else, but that the owner can prohibit other people the use of his owned information.

If this characterisation is valid, my first thought is that I cannot see how you can completely get rid of this concept. There is one form of intellectual property that has been around for a very long time and is essentially the basis of contracts. I am talking about what today would be called a brand, that is the exclusive right of one company to use a certain name for their products.

Why can we not get rid of this? Let us take an example. Let us say we get rid of intellectual property. Then, tomorrow every soft drink producer would have the right to label their drink coca cola and even use the same design as the current owner of that brand. How could you make sure in such a world that if you have a contract with someone to deliver coca cola to you that that person is delivering the right coca cola? I don’t see how. Words need to have a clear meaning in order for contracts to make sense. Interestingly, opponents of intellectual property are willing to admit that indeed a company delivering the ‘wrong’ type of coca cola would commit a fraud. However, they are categorically denying that what we are dealing with is intellectual property. But why is it not? If it is indeed fraud than that would mean that one company has more right to call their product coca cola. And if one company has more right to use these information then it seems to fulfil the characteristics of intellectual property as described above. As the saying goes, if it looks like a duck and quacks like a duck, then it is probably a duck.

This is a problem because most libertarians seem to really be propertarians. That is they think that property is liberty or at least that liberty is defined through property rights. They seems to overlook that property rights are just a strategy to maximise interpersonal liberty in a world of scarcrity. Interpersonal liberty in my view should be the ability to do whatever you want as much as that is practically possible without limiting the ability of others to do the same. If that is true, then property is only libertarian in so far as it maximises this liberty. Most physical property seems to do that. However, there can very well be forms of property that do not serve that function and should therefore be rejected. David Friedman points to a couple of problems with propertarianism in his machinery of freedom.

But is the limitation of physical property really a unique feature of intellectual property? It seems to me that it is a general feature of property. When I own my body, a lot of Libertarians would say that I should be able to do with it whatever I want. However, does that mean I can slam my fist into your face? Of course not. Your face is your property and I cannot damage your property with mine. My property rights are always limited by other people’s property rights. Property as a social concept is therefore always limited by certain boundaries. So the notion that unless I can do whatever I want with it, it is not property seems false. The only debate we can have about property is, how far should this concept go. So yes, intellectual property limits the physical property rights of other people, as does every property right. This should not be a criteria to reject it.

Let us take an example. Currently the last episode of Peter Jackson’s Hobbit trilogy is coming into the cinemas. The first two episodes where already a big success. People rushed to watch it in cinemas and bought it on discs or as a download later. Therefore the third instalment will predictably be another success. Clearly, the production of this film makes a lot of people happy and they are willing to spend some money to see it. The total production costs of all three films are estimated to be about 561 million dollars. This is not because there was a lot of wast of money, but producing a film like this really costs that much money. But with copyright laws in place the film will bring in more than enough money to compensate for these costs.

However, I cannot see how this film would have come into existence if it was not for copyright laws. What would be a possible alternative business model to bring in that much money? In the dream world of the Hobbit it would be hard to sneak in any advertisement, like letting him wear the latest nike shoes or drive a certain Mercedes model. Advertisement later also does not work. Why would an advertiser pay to get the rights to advertise in the middle or before the film, if he could just copy and distribute the film himself.

You might say that this is a classical case of special interest policy. Why should people be forced to pay for your film. If you cannot finance it voluntarily then it should not exist. Of course I agree, people should not be forced to pay for the film. However, the case is a bit different here. We know that people are willing to pay for the film voluntarily. The only thing that copyright laws make sure is that those revenues go to the producers, so that they can be compensated for their costs.

Does this unnecessarily infringe on the liberty of copiers? I cannot see how, for when the film is not being produced they would not have anything to copy. So clearly they would not be better off without copyright laws. In a nutshell, when this film is not being produced no one wins anything, but a lot of people lose. This is exactly the difference between this case and a special interest policy case like the famous candlestick makers petition from Bastiat. It is a ‘everyone loses’ situation. How does that maximise liberty? Why should that be a libertarian position? And if ‘everyone loses’ does not bother you as a libertarian position then why not oppose property in general? What justification is there for property if it wasn’t for the fact that property enhances everyone’s choices in life. Not having property would also be a ‘everyone loses’ situation. Economic progress would be impossible and the scarcity would be greatly increased. But at least I would not be restrained by the boundaries of other people’s property. In fact there are people calling themselves libertarians who do argue against all property. To me, this seems silly in a world of scarcity.

On the other hand there are clearly bad intellectual property rights that should be rejected from an interpersonal liberty maximising position. A good example of bad intellectual property rights are rules like the copyright still lasting long ofter the producer of it has died. This is clearly not helping to produce more interesting content and therefore infringes on other people’s liberty unnecessarily.

This also addresses another common argument against copyright. Which is that information are not scarce. This is overlooking that intellectual property tries to protect good, new information. Good intellectual content is very scarce. If you argue otherwise then tell me where I can find the information how to cure cancer. If it is not scarce, it should be easily accessible.

All other arguments against intellectual property rights that I have come across are essentially dealing with current wrong legislature of this idea. Yes there are lots of problems here, reaching from silly rules to using copyright as a tool for censorship. However, this is simply a general problem of having a state running a society. We also have this problem when it comes to physical property where the state provides very unlibertarian concepts of what that is supposed to be. In any case I believe, if you cannot protect your rights on a free market, you probably should not have them. And if it were to turn out that intellectual property rights are unenforceable in an anarchist society I am certainly not going to call for the foundation of a state to do so.