Climate Change – Is Human Made Global Warming A Problem? 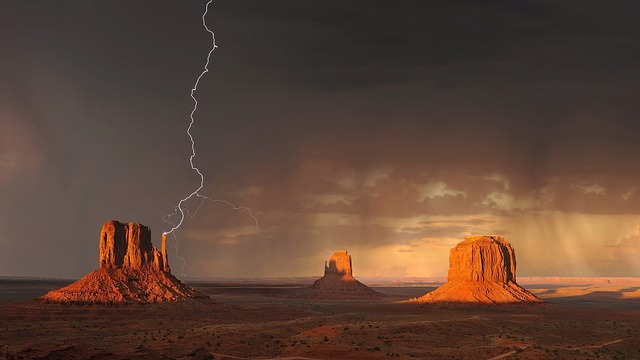 In part one I explained why I think the climate science is not settled. I don’t think that we are able to predict the future temperature of the planet with any satisfying accuracy. But let us for now, for the sake of the argument, assume that we are going to see a lot of warming. Would that be a problem?

One major assumption in the whole debate about global warming is that the earth currently has an optimal temperature. Any deviation too far from it will lead to huge problems, maybe even an outright catastrophe. In particular, it is assumed that a warmer planet is a more dangerous one. But why should we assume that we are at an optimum, and that warmer is worst? I can see why 100°C more would be a disaster, but what is so bad about 5°C or even 10°C more?

If every degree more counts, then we should have already seen a negative effect from the 1°C increase we got in the last century. So, let us have a look at how much damage that 1°C has caused. One way to measure the negative impact of the warming is to look at how many people are now negatively effected by the weather compared to a century ago. There are statistics about this. For example, we can have a look at how climate related deaths have developed during the last century. This should give us an indication whether warmer is really worst.

Alex Epstein has crunched the numbers for his excellent book “The Moral Case for Fossil Fuels”. The surprising result is that not only are casualties not up, they are down. And they are down by an impressive 98%. That does not seem to support the thesis that a warmer planet is more dangerous. Of course a correlation is not a causation. This statistic is not saying that people are now more save because it got 1°C warmer. But there is an indirect correlation. The major reason behind the large decrease is that humans have started to consume fossil fuels on a massive scale during that time period. We will get back to that in part 3.

This statistic definitely does not suggest that warmer is worse. What could be reasons to believe that to be true? Certainly there are regions on this planet which are already quite hot. In places like India, norther Africa or the middle east, we can already witness heatwaves of over 50°C. Personally, I like warm weather, but even I admit that temperatures that high are suffering. They are more than suffering, they are dangerous. These heatwaves kill a lot of people. Needless to say that if we add another 5°C or 10°C things will only get worse.

But this is a local problem. There are many regions which have the opposite problem. They are too cold. In Europe alone, tens of thousands of people die every winter from a weakened immune system, thanks to the cold weather. And Europe is not even the coldest place. The distance from the equator to the pole is about 10 000km. In the first hotter 6000km we find most of human civilization. Very few people, however, live north of the 6000km line. Those few that do, usually live within the next 1000km of it. North of that, we essentially do not find much human life. And there is only one reason for that: it is too cold.

That means that, just looking at the earth’s landmass, we find huge amounts of land being empty and unusable thanks to too cold weather. Humans have conquered almost the whole planet. The only exceptions are cold places, not hot ones. The earliest civilizations were in the hottest regions. The regions that reach these extreme 50°C heat waves, like India, are often very densely populated. The only continent that humans never really settled on is Antartica.

In the last 50 years, traveling has become significantly easier. How do we find people use this new won freedom? Do they escape the warm places and settle for the cold? Not really. Short of economic migration, people are not flocking into Alaska, but rather move to California or Florida. And that although Alaska has a good economy, and is even paying people for being residents, via an oil financed basic income. Humans are tropical animals. We do much better in warm weather rather than cold.

This does not make the problem of extreme heat waves go away. Even for tropical animals, 50+°C is a bit much. But it does show that there is another side to that story. Yes, we have local heat problems. But it is difficult to argue that human kind as a whole would not benefit from a planet that is a few degrees warmer. A lot of the landmasses that are too cold at the moment, would become available on a warmer planet.

And this is not just theory. As a recent study has shown, we have already won about 7% of green land thanks to the 1°C of warming that we got in the last century. So from that perspective, global warming looks more attractive than dangerous.

Btw., note that the above article in the independent is suggesting that this extra won green is not so good, because it was caused by global warming. This is typical for out debate about the subject. Effects of global warming are by definition bad, even when they are objectively not.

Are there other reasons, why we might fear a warmer planet? The biggest concern seems to be that we currently have huge land ice masses in Greenland and Antartica. If the planet warms, some, or all, of that ice might melt. It would find its way into the oceans and cause a massive sea level rise. If the ice in Greenland were to fully melt, we would get a 6-7m increase in sea levels.

That, indeed, looks like a problem. Humans like to settle along the coasts. Some of the biggest cities are located there. If we get a 7m sea level increase, Manhattan, for example, would be under water. Even that would, of course, not be anywhere near an apocalypse, but it is a huge problem. The economic damage from it would be significant.

But let us look into this problem a little bit closer. Greenland is currently covered by over 3km of ice. At the moment, temperatures on the ice shield are just around freezing during the warmest month of June to August. That means, if we get a temperature increase, the ice would start to melt during the brief summers.

Even if we had solid above freezing temperatures the whole year around, it would take at least decades for 3km of ice to melt. Obviously the speed would depend on how warm it really gets. It would also take at least decades for that water to distribute equally in the oceans. But, no one is really talking about Greenland becoming that warm anytime soon. Winters will almost certainly remain way below freezing.

That means that whether the ice will melt of not, will depends on whether more ice melts during the summers than increases during the winters. Even if that rate was positive, and we would see an overall decrease of the ice, it is clear that this would be a very slow process. It would take centuries at worst, but realistically millennia for all the ice to melt.

During the last interglacial, temperatures are believed to have been about 5°C higher than today. The ice in Greenland did not fully melt during the over 10 000 years of that warm period.

If that is true than we are looking at a sea level rise of 6-7m within a few thousand years. That suddenly does not look like such a huge problem anymore. That is enough time to build dykes, and slowly move buildings inland. At worst, it would mean maybe a foot or so of sea level rises during a century. This is about twice the rate of the sea level rise we have already seen in many previous centuries. No one seems to think that that was a huge problem in the past. In fact, the phenomenon is so slow that hardly anyone noticed that it exists at all.

I hope it is clear by now that the question of whether a warmer planet is a problem or not is a lot more complex than the public debate we currently have. Sure, whenever the climate changes, we might see local problems. People will have to adjust to the new conditions. This will be easier in some regions rather than in others. But it is not clear what exactly the most desirable temperature of the planet should be.

It fact, it is clear that this broad question does not make much sense. The earth has very different local climates, with much bigger differences between them than we could ever get from a warming planet. It does not make much sense to talk about problems or benefits in general. But if we want to be very general, good arguments can be made that a warmer planet would actually be overall quite desirable.

In part three, I am going to look at how to deal with potential problems of a changing climate.