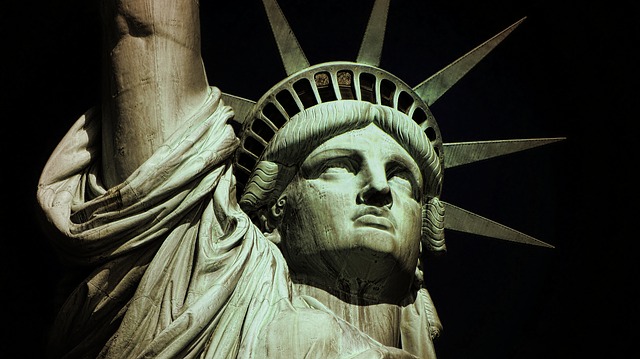 Lew Rockwell is a big name in the libertarian movement. He was close to Murry Rothbard, worked for Ron Paul early on and most importantly he founded the Ludwig von Mises Institute in Auburn Alabama of which he is still the chairman. It is probably thanks to the latter that the austrian school is enjoying a revival. So there is a lot to like about the man. And I for one thought for a long time that the Mises Institute really is the centre of the real revolutionary libertarian movement. I particularly liked the fact that after 9/11 the Mises Institute was one of the few remaining sane voices within all the statist war propaganda. That unfortunately was not the norm among libertarians, many of which seemed to had forgotten about the evils of the state and turned around to cheer for the murder machinery.

That is why LewRockwell.com, which is one of the biggest, if not the biggest libertarian blog on the internet was on my daily reading list for many years. In the last couple of years however, I found myself increasingly estranged from what is going on in this particular circle of libertarians. There have always been blog posts that made me scratch my head. But nothing so severe that it could not be tolerated. For example, there were repeatedly articles that portrayed the theory of evolution as some sort of state education conspiracy that would not have a chance on the free market of ideas. Another strange meme was that carbohydrates are not healthy and that is why the state is recommending it. One of the more dangerous ideas the side was pushing was opposition to vaccination. And all this under the banner of ‘anti-war, anti-state, pro free market’. What do these issues have to do with that?

The blog is not an open platform on which everyone can publish. All articles are subject to editorial decisions. It is also not really a place for open debates in which every side of an argument is presented. To the contrary the header makes very clear what the bias of the opinions presented is. Only on a few issues one can even read a pro and a con. But even then it is usually clear which side the editor wants the reader to take. Given all that, one wonders why these strange issues are being pushed.

But whatever the reason, these things never bothered me too much for the simple reason that I consider them to be private and LewRockwell.com never really suggested that as a libertarian you have to have a certain opinion on these issues. The fact that debate is not really encouraged however, is something that I, as someone who likes ideas never really felt comfortable about. I am perfectly ok with a libertarian propaganda site. The idea that it is possible to report politics neutrally is bogus anyway. But even within libertarianism there are many issues that need to be debated. If that debate does not take place, one might end up as a dogmatic organization that will lead its members into a wrong direction. And I think this is to a small degree happening at the Mises Institute as there seem to be a number of issues that aren’t really been discussed openly there.

One issue that is a little bit more important than your diet or creationism on which Lew Rockwell gets it completely wrong in my view is immigration. LewRockwell.com puts out article after article after article condemning the idea that the free movement of people should be supported by Libertarians. Very one sided. Not much is being presented to oppose this view. The arguments for this basically come from Hans Herman Hoppe and are repeated in every article that is published. The hope seems to be that since the arguments are wrong, and wrong they are indeed, repeating them will make them stick with at least some people.

Lew Rockwell himself just wrote an article in this series, which was published on 10th November. The piece is called “Open Borders: A Libertarian Reappraisal” and once again we mainly hear Hoppe’s arguments being repeated. I am not going to go through all of the arguments again. I have done so in a previous article with the title “Debunking Hoppe on Immigration“. In a nutshell the argumentation claims that supporting the state in controlling immigration is self defense. We don’t have a free market at the moment, but closed borders are closer to market result than open borders. Since immigrants have access to welfare and public spaces, they represent a threat to the property of the people inside the borders.

If that was a legitimate argument against free immigration, we for example could also argue in favor of libertarian birth licensing laws. After all, as long as the welfare state exists we cannot allow people to just freely reproduce. Some of these children will grow up to become welfare recipients. Even worse, the state is subsidizing certain people to become parents. Therefore, as long as we have a welfare system, libertarians cannot advocate freedom in getting children. As long as the state exists, the state needs to make sure that everyone who wants to become a parent will most likely be able to bring these kids up without becoming welfare recipients. Is that really a libertarian argument? I don’t think so. If it were, libertarianism would become useless. With the logic of this argument, pretty much any state action can be justified.

The interesting thing about Rockwell’s article however is that he is going a little bit further than Hoppe. He has this interesting idea that libertarianism is not about freedom, but about private property. To be fair, Hoppe says this too, but not quite as explicitly as Rockwell who writes:

“Some libertarians have assumed that the correct libertarian position on immigration must be “open borders,” or the completely unrestricted movement of people. Superficially, this appears correct: surely we believe in letting people go wherever they like! But hold on a minute. Think about “freedom of speech,” another principle people associate with libertarians. Do we really believe in freedom of speech as an abstract principle? That would mean I have the right to yell all during a movie, or the right to disrupt a Church service, or the right to enter your home and shout obscenities at you. What we believe in are private property rights.”

There are two major errors in this argument. Firstly, he is giving the terms “open borders” and “freedom of speech” a meaning that it does not have. “Open borders” does not mean the completely unrestricted movement of people. It usually means to open state borders. That is nothing else but to say that the demand is to get the government out of the way. The same is true for “freedom of speech”. This has always meant that there are no legal restrictions on expressing certain opinions. It has never meant that someone has the right to use other people’s resources to express what he has to say. But even if there were people who used it that way, libertarians definitely do not use it that way.

Second and more importantly, Rockwell basically implies that there is a clash between libertarianism and freedom. He explicitly says freedom is not the main issue of Libertarianism. Instead, according to Rockwell, it is all about private property. He argues that if there is a clash between freedom and property, Libertarians have to prefer property. Think about that. We have a leading libertarian who argues that we don’t need freedom, we need private property and presenting those two as being somehow opposed to each other. How could it come to that? Why should there be a contradiction between freedom and property?

To be fair to Rockwell, he is correct in so far as the vast majority of libertarians out there probably would agree that libertarianism is all about private property. I think this is fundamentally wrong and a big problem for this movement. Libertarianism should be about liberty. That is not to say that I am not in favor of certain forms of private property. Quite the contrary, I am all for it. But property is a consequence of liberty. And only property concepts that follow from liberty are libertarian. As such it is by no means clear that, as Rockwell suggests everything will be privately owned in a libertarian society.

However, to understand the connection between property and liberty one needs to first have a theory of what liberty is. A theory that is pre property. And unfortunately most libertarians, including Rockwell don’t have such a theory. They therefore simply substitute liberty with property. But if libertarians don’t understand what liberty is, how are they going to explain it to others? This is a problem that I was made first aware of by libertarian philosopher Jan Lester. And I think he is correct. To explain why I think he is correct however deserves a separate article. I recommend his book “Escape from Leviathan”.

Despite the tremendous service Lew Rockwell and the Mises Institute have done for Libertarianism, they appear to be theoretically muddled on certain issues. That in itself is not much of a problem. No one has all the answers. I certainly do not. But in order to make progress one needs to have an open debate on these issues. And that does not really seem to happen at the Mises Institute. Or if it happens then only behind closed doors. I cannot see it as an outsider. That is why the Institute for lack of a better word increasingly appears to me to be a little bit cultish. And that is a real pity.