One Major Flaw In The Lockdown/Mass Vaccination Strategy 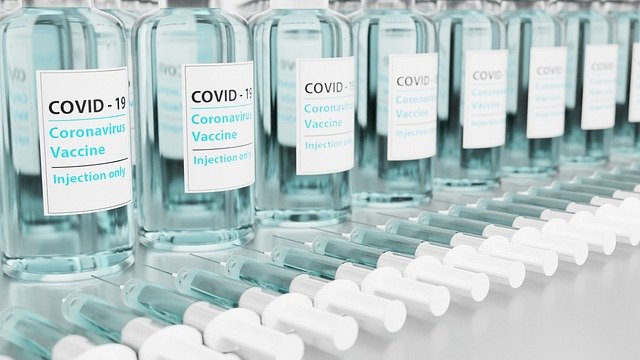 There are many mistakes in the lockdown/mass vaccination strategy. One of the major flaws is to treat the virus as a fixed entity. Sure, there are viruses, like measles and rabies, that cannot change. But even with these viruses we have a very hard time eliminating them. Corona viruses, however, are known to mutate very quickly. We know already of several tens of thousands of mutations. The virus literally mutates hundreds of times per day.

Therefore, instead of treating it like a fixed entity, it would be more accurate to see it as a flexible organism. Normal evolutionary rules of the survival of the fittest apply. If we socially distance, then all we are doing is to make sure that the less infectious variants do not survive. Therefore, we will see more infectious variants rising. What we won’t see is the virus disappearing.

Similarly, it would be one thing to selectively vaccinate a few vulnerable people. That would not put a lot of pressure on the virus to change. But, if we are vaccinating a large part of the population, then we are forcing the virus to escape the vaccine protection. And we know that there are variants that can escape the vaccine immunity, as non of these vaccines is 100% effective. So what we are most likely going to see is the vaccines becoming less and less effective over the coming months.

Vaccinating everyone for a constantly mutating virus is essentially similar to giving everyone antibiotics. While antibiotics are great if they are used targeted on people who need them, using them indiscriminate on everyone would be very dangerous. It would systematically breed superbugs. While it is not clear that the virus will become a superbug, it is clear that it will adapt and we won’t be able to get rid of it. That is why we have flu epidemics every winter, despite the fact that we have had a good vaccine against influenza for decades.

By the time the new respiratory wave arrives in the autumn, the current vaccines will be ineffective. Worst case scenario, we might even see the virus becoming more dangerous in the process. That is the fear of people like Geert Vanden Bossche. Vanden Bossche believes that people who got the vaccine will be more vulnerable to the new immunity escaping variants, as their natural immunity is going to be suppressed. We will see what is going to happen. Usually, when viruses get more infectious they do not necessarily get more dangerous. In fact, often the opposite is the case.

Once the vaccines have become ineffective, which they will, then what? Doing lockdowns again, until we have another vaccine, only to find that the virus escaped that one as well? We will always be one step behind the virus. There is no end to that strategy. We need to let nature take its course, with a more targeted protection of individuals who need it. That is what we should have done from the beginning. But it is never to late to do the right thing.