Panama Papers – An Attack on Liberty 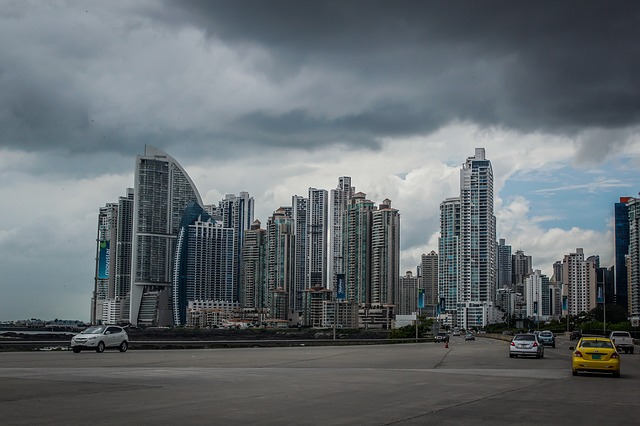 The Panama Papers are a gigantic leak of 2.6 Terabytes that is making the news all over the globe at the moment. We have not heart much about who the person behind the leak is, nor have we heart a lot of politicians condemning the steal and publication of this data. This is quite a different picture from other leaks we have seen in recent years, most famously of course the leak of Edward Snowden. When Snowden leaked his revelations about the evil doings of the NSA, a lot of the media and politicians focused their attention on condemning him for his evil crimes while trying to avoid talking about the content that was leaked. The opposite seems to happen now. No one seems to be bothered that the leaks are essentially stolen data. Hardly anyone, except maybe a few politicians who personally got caught up in the leak, really seem to care who the person behind the leak is.

So what is the difference between the Snowden leak and the Panama Papers? The difference is that Snowden leaked information about the evil doings of the government, while the Panama papers are information stolen from a private law firm. Mossack Fonseca is one of the largest providers of offshore services based in Panama. The firm was helping people to hide their money in so called tax havens via instruments like trusts and offshore companies, whose owners were kept secret. These services are used by all kinds of people. There are those who simply want some anonymity to hide a few nest eggs for a rainy day. There are those that do use these offshore entities to evade paying taxes. There are international companies who are, completely legally, avoiding taxes by using lope holes in the tax code via offshore companies. And then there are of course criminals from drug dealer to as bad as politicians who are hiding stolen money.

The latter, and as far as I am concerned only the latter, deserves off course condemnation. The fact that Putin, a man who, for the record, I have no sympathy for, was the first to hit the news in this leak, makes me wonder whether there were some governments involved in stealing the data.

The fact of the matter is that in the last couple of years, governments have woken up to the fact, that modern technology makes it very easy to live in one country and have your money in another. This has lead to an all out assault on financial privacy. The OECD is working on making the financial system all over the world completely transparent. I recently wrote about their latest evil tool, called the Common Reporting Standard (CRS). CRS is abolishing bank secrecy all at once in every one of the participating countries. And most countries around the world, including almost all so called tax havens are participating. Panama is one of the very few countries that is refusing to take part in it. So one wonders about the timing of these leaks, because the Panama Papers will now put a lot of pressure on the small, middle American country to change their practices and comply with the OECD. It seems that despite a few politicians making the news, the government is the biggest beneficiary of these leaks.

And let us be clear on who the real target of these papers are. It is not the Putin clan or criminals. These people have other means to hide their money and will not get into any bigger trouble over this. The real target is ordinary tax dodgers. The worldwide unfolding tyranny through transparency is making it increasingly difficult for otherwise decent people to save at least some of their money from the greedy hands of Leviathan. And that is why we are not hearing any condemnation of this leak from politicians.

The internet is a great tool to spread information all over the globe. It is certainly helping to get the message of liberty out there. But the downside of having more and more of our data and wealth stored digitally is that the privacy of that data is increasingly difficult to guaranty. It seems that, if there is enough motivation to do so, every digital information can be, and at this point almost will be, hacked.

That makes me wonder, whether we will have to revert back, at least a bit, towards a more analogue approach in some areas. This is certainly true when it comes to storing our wealth. I will not be surprised if we see some offshore financial service providers, in the near future, going back to storing their sensitive information on paper rather than in a computer. It seems to be the only way to really secure the privacy of these information. It also seems wise to not have all of our wealth in digital form, like stocks or money in the bank. These can be hacked and once hacked, can be stolen or simply be erased. Putin alone has an army of thousands of hackers who are constantly trying to hack banks and stock exchanges. So one day you might wake up with an empty stock account and no one will know what happened, nor will it be possible to restore the data. The Panama Papers once more make it clear that the wonderful digital tools that seems to help liberty in many ways are also being used against us. And the latter is happening in an increasingly aggressive and sophisticated way.