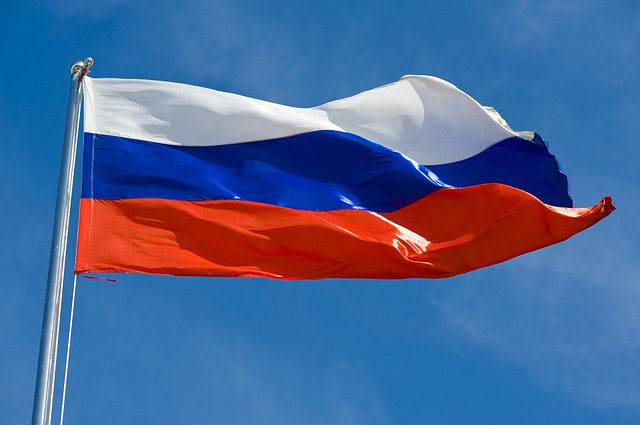 It has been about a year since Trump got elected President of the United States. A lot of people were shocked by this decision of the american voter. Personally, I was not shocked, I expected it. But not because I wanted him to win. In fact I have been a very vocal critic of the Donald. Trump is far from being a libertarian. He is a consequent authoritarian, with a dangerously impulsive, and immature personality. It is a real problem to have someone like him in charge of the biggest army in the world.

And yet, despite my dislike for him, I constantly find myself in the awkward position of having to defend the man. There are very good reasons to criticize Trump, but a lot of the attacks on him are simply ludicrous.

The most bizarre idea is that Trump is somehow working for the Kremlin. Ever since he defeated Hilary Clinton, The media has been full of allegations that Putin and Trump are something like a team, and that the Russians actively, and successfully interfered in the election. Allegation reach from Putin blackmailing Trump with sensitive material, to the Russians hacking files from the Clinton campaign, and manipulating the voters with fake news. The evidence for all of this? Pretty much zippo.

The complete lack of evidence, however, does not seem to bother our journalist elites in the slightest. They have been busily reporting on this “scandal” pretty much non stop for the full year since the election. The level of misinformation reported is quite extraordinary. The only comparable example that I can think of in my lifetime, was the quite obvious lie that Saddam had weapons of mass destruction (WMD). Back then too, journalists seemed to have been more than keen to uncritically spread the lies being put out by the government.

In the Russian affair, just like with the WMD propaganda, the logic clearly is that the absence of evidence is not evidence of absence. Meaning, just because there is no proof that the Russians interfered in the election, does not mean it did not happen. Simply repeating these allegations often enough will eventually convince enough people that there must be at least something to them. And this tactic is working very well. Through the constant propaganda, few seem to be bothered by the lack of evidence anymore.

What are the allegations? Very early on we were told that Putin had sensitive material about Trump, with which he could blackmail him. Apparently, the Russians had filmed the Donald, having sex with prostitutes in Moscow. At least in this case, the absence of any evidence appeared to have bothered enough people, so that it never gained any traction. It also never made much sense. How exactly do you blackmail a character like Trump with such material? Who would care about him having sex with prostitutes? It is unlikely that even his wife would.

And so eventually, the deep state settled for concentrating on allegations, that the Russians were spreading fake news, with the help of the Trump campaign.

Let us not be naïve. Of course the Kremlin cares about who is in the White House. It would be odd if they did not. And it was an open secret that Putin favored Trump over Hilary. Trump openly, not secretly, campaigned on the promise to make the US get along better with Russia.

It is beyond me, why getting along with Russia, is such a terrible idea. Sure, Putin is a psychopathic gangster, who rules Russia autocratically. I would not want to live under his rule. At the same time, however, I do not think that regime change in Russia should be part of a western foreign policy. Whenever the west tries to better regimes, they tend to make things worse. So this is simply impractical. Ultimately, only the Russians can overthrow Putin.

But maybe, or probably, Putin’s autocratic rule is not really the reason why the west cannot get along with Russia. Russia is needed as a big enemy, to justify lots of government agencies. After all, conflict is the health of the state. That means the state does not really have an interest solving all conflicts.

This becomes obvious when we look at the hypocrisy of western foreign policy. The US is friends with far worse regimes than Putin’s. Right now, Washington is helping their dear ally Saudi Arabia to commit an outright genocide in Yemen. Our governments have de facto alliances with some of the worst political groups on the planet. These are groups, like Al Qaeda, who have committed acts of Terrorism, like 911. But we hear astoundingly little about these things. Instead, we are told that what we should be worried about is that the Russians, a country with the GDP of Italy, talked to the voters in the US during the election campaign.

And that is really what the allegations come down to. Russia is accused of using the open political debate in the US, to propagate their own political agenda. May I just ask the obvious question, so what?

Russia is not the only country that is doing this. Many countries have an interest in who is in the White House. Saudi Arabia for example regularly runs advertisement in the US, and talks to politicians, without anyone protesting. And every presidential candidate is always keen to demonstrate how well they get along with AIPAC.

The idea that there could be such a thing as an unbiased political debate is nonsense. The whole thing is even more bizarre, if we consider that most commentators of the issue would describe themselves as advocates of democracy. Isn’t the whole idea of democracy that the people are sovereign, that the voters are capable of making up their own minds? Surely, if the Russian bots are placing their comments in social media, the average Joe can see through that, or can’t he?

If you don’t believe that he can, then shouldn’t we question democracy altogether? In my personal view, absolutely, let’s do that. I am not a democrat at all, I am a libertarian anarchist. So let us question the legitimate role of the government, by all means. But let’s do it in an honest debate, not hypocritically.

The attitude currently spread in the media seems to be, it is democracy if the deep state’s agenda wins. If on the other hand, the voters vote against the establishment, than that is apparently not democracy. We saw the same argument after the Brexit vote. There too, the assumption was immediately that it was a defeat of democracy. Why, because, apparently, the people had been manipulated by evil forces to vote for the wrong policy.

The truth of the matter, however, is that we do not need to bring in the Russians to explain the election defeat of Hilary Clinton. She was very much capable of achieving that all by herself. If you are running as one of the worst candidates in the history of presidential candidates, you should expect to lose. The only real surprise is that she lost by such a small margin. But that can be explained by the fact that she too was running against one of the worst candidates ever, Donald Trump.

The only time the Russians seem to be accused of really having done something illegal is the hack of the DNC emails in July of last year. Hacking into a computer system is certainly a crime. But once again, the problem with that story is that there is zero evidence that the Russians did it. In fact, all the evidence points to the contrary.

Wikileaks has long claimed that the leak came from an insider. From the meta data of the download, we know that the data could not have been downloaded over the internet. The data was simply downloaded too quickly for that. That is to say the internet connection of the server was not quick enough to allow for such a quick download. It very much looks like the data was downloaded onto a hard drive. That however suggests that it was an insider who leaked the files to Wikileaks.

But let us forget the illegality of a possible hack for a moment. What is the allegation concerning the election here? It seems to be that someone informed the voters about the truth of Hilary Clinton. And the truth, as revealed in the leak, is that she is an evil, conniving cow, who stole the democratic nomination from Bernie Sanders. Does anyone want to argue that it is damaging democracy if the voters know the truth about a presidential candidate? In other words, if Russia did this, they did nothing more than to tell the voters the truth. How evil is that?

Quite evil from the perspective of the deep state in the US. As with every election, they were running a quite sophisticated misinformation campaign themselves. And they do not like competition, especially not if the competition is telling the truth. But having run similar campaigns too many times in the past, it appears the voters finally had enough of it. That, in principle, is a good thing. The only problem was that the only alternative was Donald Trump, of all people.

This charade of blaming the defeat of Hilary all on Russia, just because for once, the deep state did not get what it wanted, is a obvious attempt to win back control. And unfortunately, it is working. Being the clueless moron that he is, Trump is right back on track of the deep state agenda. Thanks to these misinformation campaigns, he appears to now be dancing to the tune of the establishment. I have said it before, and I say it again, it is a tragedy that all that precious anti-establishment energy was wasted on the worst possible candidate, Donald Trump. The problem is the establishment in the US, not the Russians.