Why Lockdowns Are Not Scientific 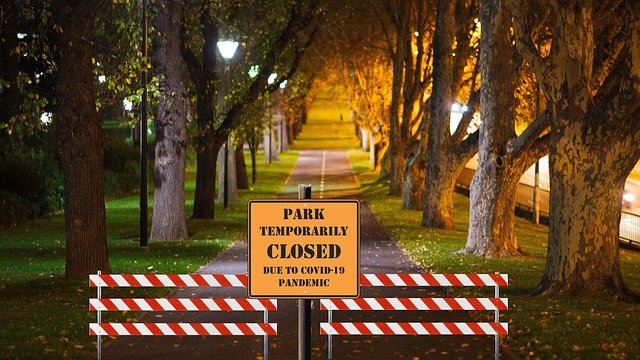 The attacks on critics of the draconian government policies to control the spread of Covid19 are getting more aggressive by the day. We are witnessing one of the biggest propaganda campaigns in history. Particularly painful is to see some former libertarianish people like Christopher Snowdon completely joining in on the praise of authoritarian governments. He just wrote a hit piece, in which he is basically saying that anyone who questions the effectiveness of lockdowns, and the good will of their supporters, is a crank.

A lot of libertarian think tanks have completely thrown away their credibility in this crises, not defending liberty when it was needed the most. Hard to see how they will be able to recover from this. Libertarians who are unable to defend liberty in a crises are more than useless. There are of course noble exceptions like the Mises Institute or the American Institute for Economic Education.

It is a particular absurdity that we are now at a point where lockdowns are seen as the default. Since they are undoubtedly illiberal, and this is supposed to be a liberal democracy, I would normally expect that lockdown supporters would need extremely good reasoning for their policies. But that is not where we are. Instead lockdowns have become the norm and everyone who wants to oppose them is asked to provide hard proof that freedom can be justified.

Yet, it is the advocates of lockdowns who are still fundamentally wrong. I don’t even want to get into the debate about how dangerous Covid19 really is. It is an interesting debate, and I have made my position very clear. But, maybe somewhat surprising to some people, this is irrelevant when it comes to judging lockdown strategies. Lockdown supporters are fundamentally wrong, regardless of how dangerous the virus is.

Not only are these policies deeply unethical, they also do not work. A universal attribute of lockdown supporters appears to be that they either don’t look at the data at all, or if they do, they fall for naive empiricism. Truth is not easy. In order to find truth, we need to test our theories and revise them when they are contradicted.

This seems like a very plausible assumption. In fact, it is so plausible that many people are incapable of questioning it. In almost every debate I had with a lockdown supporter, this assumption is taken as absolute truth. But it is a mistake to think that if something is plausible it must be true. There are many plausible things that turn out to be false.

It is very plausible, for example, to assume that the sun is turning around the earth. After all that can be observed every day. If we observe the sky more carefully, however, many things can be discovered that proof this very plausible, and indeed obvious, assumption to be totally false.

The same is true for lockdowns. Just because the major assumption behind them is plausible does not make it true. The actual observable data shows it to be false. If lockdowns work, then why are we seeing the number of infections and deaths with Covid rising in the middle of many lockdowns? That should not be happening. If we observe it anyway then there must be something wrong with the lockdown theory. And we are seeing just that in Britain, as well as many other countries.

Then the lockdown supporters will double down and say that that is just because the lockdown was not hard enough. The problem is, we have seen this phenomenon happening in all degrees of possible lockdowns. Peru, for example, had one of the toughest lockdowns in the world, brutally enforced by the military. That did not stop it from having one of the largest death tolls. This example alone should falsify the major assumption behind lockdowns.

Then the lockdown supporter will say, yes, it does not prevent infections, but it slows them down. The falsification of that claim is that the countries that did not had any lockdowns are not seeing more deaths than the countries with lockdowns. Sweden is the best counter example. Sweden never locked down and it did have a Covid epidemic. The virus was spreading in that society.

That makes it possible to examine the damage of the virus in Sweden compared to other societies that were hit, like Britain, Italy or Spain. The result is that Sweden did not do worse than these countries. In Sweden too, the epidemic faded away towards the summer. The peak in April was not more deadly, and came at the same time, compared to other European countries. In other words the curve of deaths in Sweden is not steeper than in other countries. That would need to be the case if the lockdown theory was correct.

This again, proofs the major assumption behind lockdowns to be false. And there is no counter example of a country that did not lockdown and faced significantly more deaths over a longer period of time compared to the lockdown countries. In fact, Sweden is probably the worst hit countries without a lockdown. The others, like Thailand or Tanzania, have an even better track record.

And here is another falsification of the central lockdown assumption. In any society, there are people who cannot participate in lockdowns. If they did, we would all be dying. These are police men, grocery store workers, delivery guys etc. These people get into contact with many other people every day. So if it was correct that reducing contacts slows the amount of infections, we would need to see a higher infection and death rate among the people not participating in the lockdowns. But we are not seeing that.

The lockdown supporters will counter all of this by saying that there are some positive lockdown examples. In April we had a lockdown, and Covid deaths declined. Yes, that is true, but it does not matter. It simply does not matter how much evidence there is for something. Every day I get evidence that the sun is turning around the earth. That does not make it any more true. As the philosopher Karl Popper showed, what matters is, whether there is any evidence to the contrary. And the answer when it comes to lockdowns is that, yes there is. The theory is therefore falsified. Something else was going on in April.

What was going on in April was seasonality. We were going into the summer, and respiratory viruses naturally decline at that time. The lockdown reasoning is a typical case of naive empiricism, in which a correlation is assumed to be due to a causation. But the counter example proofs that to be false. The fact that Covid cases declined in the summer simply accidentally correlated with the lockdown. That is why cases also declined in Sweden.

The lockdown theory is falsified. It should be put to rest as not scientific. The reason why it does not work is not entirely clear. Maybe any contact whatsoever is enough to make a virus spread. Maybe we live too close to each other to distance ourselves effectively. Whatever it is, lockdowns do not work.

I don’t care how many examples there are that seem to proof lockdowns to be working. Non of that matters, given that we have very clear counter examples that falsify the lockdown theory. We need to assume that the supporting examples are simply accidental correlations in which something else is going on. We have now over 20 published studies that confirm the falsification.

And that of course is just the very practical aspect of lockdowns. They do not achieve what they are trying to achieve. But then they achieve things that they do not want to achieve. They totally crash the economy, reducing the standard of living of many people. They kill people through postponed medical treatments, increased stress and social isolation. Many more people are also starving because of disrupted supply chains. Finally, they have a huge negative impact on the mental health of almost everyone and damage the social fabric. In other words, while lockdowns seem to not be able to save lives, they destroy many. We are killing people to save lives.

Finally, there is the ethical consideration. Even if lockdowns did work the way the were intended to, it is simply wrong to force people to sacrifice their lives for others. Sure, it can be a noble thing if people do that voluntarily in certain situations. But using force to scarifies someone’s life for someone else is always wrong. Who can make such a decision, playing god over people’s lives? It is the logic of slavery and there is no moral justification for it, period. The lockdown supporters are wrong on every level imaginable. The policy does not save lives, causes enormous damage, and is fundamentally unethical.

Unfortunately, our society is in the grips of this evil force right now. Like many other generations who had to explain to their children why they supported destructive authoritarian ideologies, lockdown supporters will face these questions in the future. They will be on the wrong side of history.