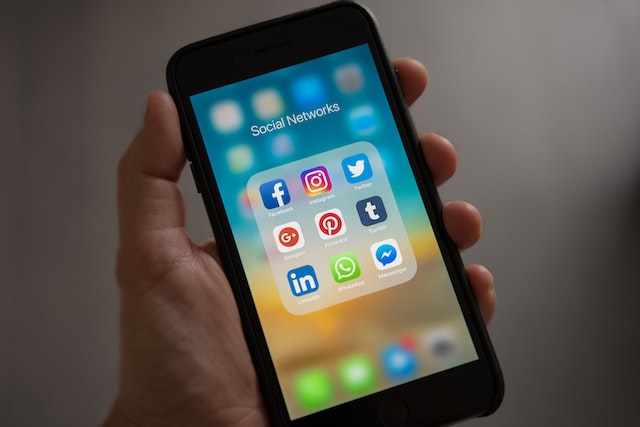 The rise of Elon Musk is unstoppable. First, he has established himself as a giant business man, building a number of large, multi-national companies. Now he has moved from being one of the greatest entrepreneurs of our time, to being a selfless fighter for free speech.

Whenever I had voiced publicly how much I dislike the guy, I received irritated comments from a lot of my libertarian friends. Instead of attacking Musk, shouldn’t I be more worried about the evil of governments? After all, Elon Musk is an entrepreneur, which for libertarians means he should be one of the good guys.

I am indeed most worried about governments. But that does not mean I like private fraudsters, in particular when they are committing fraud on the scale that Elon does. Elon Musk constantly lies about what his products are able to do and then charges customers and investors for these imaginary products. That is classic fraud.

But with Elon, it is a bit worse. There are many fraudsters – too many to know them all and call them all out. Elon’s frauds, however, are very political. I have been saying for over 20 years that the most dangerous narrative in politics is that fossil fuels are evil. And Elon plays right into this very dangerous narrative.

He is one of the major reasons why people now believe that moving away from fossil fuels is not just possible, but will actually improve our standard of living. That is pure fantasy. But here we are. Thanks to fraudsters like Elon, we are now at the point where this fantasy is believed like a gospel, with disastrous consequences.

However, there is now this major shift in the narrative, which proofs one more time that the world cannot be understood in black and white colours. Elon seemingly is now actively promoting freedom of speech, a cause very close to my heart. In fact, like many libertarians, I consider freedom of speech to be the most important and sharpest weapon against tyranny. Freedom of speech is an invention of western civilisation, and it is here where this idea has come under major attack.

When I grew up, even in Germany, freedom of speech was sacrosanct. That is not to say that it was perfectly implemented. Outside the US, and maybe England, Freedom of speech always had some unfortunate limits. Still, everyone agreed that the freedom to speak one’s mind is one of the most important achievements of a liberal society and it should not be limited lightly.

Unfortunately, in the last 10 years that consensus has vanished. Now it is the opposite. Everyone who wants to be seen as a decent person is expected to denounce freedom of speech as evil. Apparently, it is now consensus that freedom of speech leads to a lot of dangerous misinformation.

The truth is of course the opposite. Freedom of speech is the best protector against misinformation. The sole purpose of censorship has always been the protection of misinformation. And that is no different in the western world today.

Even though freedom of speech has not been under attack for very long, we have already seen the deadly consequences of diverting from this precious concept. In fact it is no exaggeration to say that, particularly in the last 3 years, the loss of freedom of speech has cost millions of people worldwide their health and their lives.

As has been documented on this blog, the fight against misinformation in the Corona “pandemic” has lead to the most accomplished experts in their field to be censored when they tried to warn about the devastating consequences of the draconian lockdown policies. The best example of this was the suppression of the Great Barrington Declaration, but there are countless others.

Even more damage has been done by the suppression of any debate about the mRNA vaccines. As a number of true experts said from the very beginning, these vaccines are not just totally useless, but very dangerous indeed. Because these experts were censored under the excuse of fighting misinformation, many people had their health ruined or even lost their lives.

These are facts that cannot be disputed. The numbers are clear. Now, after the pandemic has ended, excess mortality in most western countries is as high as 20%. In other words, now, about 20% more people are dying than normal, a result of the devastating pandemic policies. They were made possible through the suppression of free expression.

The most important function of fighting freedom of speech has always been to secure illegitimate political power. And that is no different in the west. Censorship has played a major role in manipulating election results and suppressing the opposition. I think it is safe to say that Joe Biden, Mr Deep State, would have never become president if it was not for the censorships of his opponents.

And twitter played a major role in this. I remember when in 2011 the Arab spring came for the Egyptian president Hosni Mubarak. Back then, there was outrage in the western world that the regime had shut down twitter to make it more difficult for the protesters to coordinate. I also remember the outrage when China started to implement an internet firewall to control information.

Times have changed. At least in the EU, we now have our own firewall, and the EU is outright threatening twitter that freedom of speech is a red line. It will not be allowed in the EU. They seem to know that the whole EU house of cards is build on lies. The EU would not survive for very long if there was an open and fair debate about it.

The person that has caused the EU to panic is of course my old fraudster friend Elon Musk. How confusing. Is he a good guy after all? Whatever Elon’s motives and character, I of course support him opening up the debate on twitter. Freedom of speech and an open debate is too important. If I have to make strange bedfellows to support it then so be it.

Am I buying the narrative that Elon Musk is some kind of civil rights hero. Don’t make me laugh. Whatever his motives, they are not that he is passionate about freedom of speech. He has repeatedly tried to shut up the people trying to expose his frauds. He also has not opened twitter up completely. Journalists like Alex Jones remain banned and he is holding surveys of whether to reinstate people like Donald Trump or not. Democratic votes on opinions is the opposite of freedom of speech. Freedom of speech is precisely there to protect the opinions of those who say unpopular things.

He is not believable in the role as a civil rights hero. I have a relative conservative view of people. I believe that once adults, people don’t change easily, if at all. So what are Elon’s real motives then? I don’t know, I can only speculate.

Twitter has got him in trouble in the past. His “funding secured” tweet got him close to finally meet with the law. How nice would it be to be able to delete tweets or at least change them in hindsight. Is that his motivation?

Maybe, but my money is on something else. I think Elon realises that he cannot get away with what he is doing forever. Because he has promoted the transition away from fossil fuels he has enjoyed a lot of political protection from prosecution. But this only goes so far. Eventually he will have to answer for his crimes.

Therefore, Elon is looking for another way to protect him from prosecution. And he might think that becoming a free speech hero will help him. That way, if the Feds are coming for him, he can rally a lot of support by claiming that his prosecution is purely politically motivated. They are not coming after him because he is a fraudster, they come after him because he is promoting free speech. Therefore, anyone who values free speech needs to come to his support. With this narrative he might even be able to hope for a presidential pardon if he gets prosecuted.

I cannot prove this of course, it is just speculation. Time will tell if this narrative will play out. It does make sense to me. Elon has already hinted at it, when he remarked that his life might be in danger. As I said, what does not make sense to me is that a sociopath suddenly turns into a selfless civil rights activist.

Still, if this is his strategy, in order for this strategy to work, he needs to be believable in the role of a free speech activist. That means that he will most likely improve the free speech situation. Whatever his motives, even if it is just collateral damage, I certainly welcome this outcome.