Is The EU A German Conspiracy To Take Over Europe? 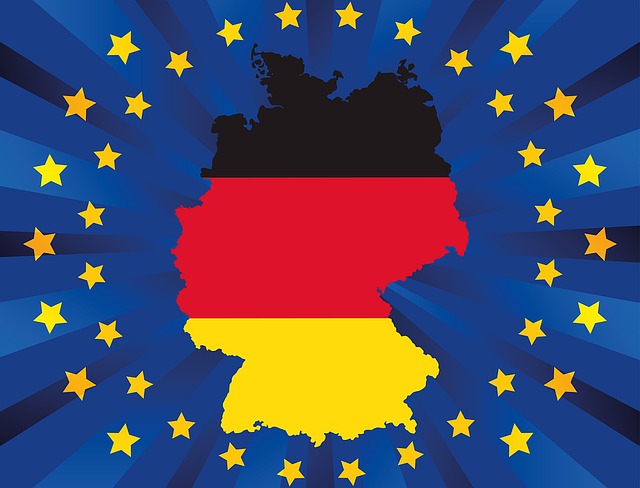 The EU originally was a joined German/French project and Germany was one of the founding six countries of the Treaty of Rome. Since then, the project of European integration has developed from a loose economic cooperation to a supranational state structure with currently 27 member states.

I have lived within this project for almost my whole life, not counting a few month in which I lived in the UK after Brexit. I grew up in Germany, but left the country in my late twentieth, as I saw no hope for liberty there to prevail. Since I left, I lived in the UK for 13 years and currently live in Malta. So I have seen, and experienced, how the EU is perceived and debated from different cultural perspectives.

When I moved to the UK, I was very irritated to find that there was a very common believe among normal people, and also some elites, that the EU was ultimately a German project with the goal for her to take over Europe. I have since heard this theory from people of various cultural backgrounds. This is very irritating, as I never came across any such ambitions in any political debate in Germany. Having left Germany, and not being particularly positive towards the place, I thought about this theory for a long time.

It is interesting to see that this reflects the perception that some people have about Germany. But no matter how I look at it, I cannot help but think that this theory is completely false. I don’t see any evidence for such a plan. I cannot even see that Germany is particularly profiting from the EU.

Sure, Germany is the largest member state according to its population and has the largest economy. That does give Germany a large voice. Maybe that is where the perception comes from. But there is very little substance to the idea that Germany is dictating EU policy or is its major beneficiary. In fact, although not true either, a better case can be made that Germany is one of the biggest losers of the EU.

In the debate about the EU in Germany, the argument that Germany should be in the EU because it benefits from it hardly ever comes up. Only Nazis would ask such a question. There are two attributes of German thinking that one needs to understand in order to understand Germany. Germans are both idealistic and perfectionistic. Pragmatic thinking is weak. That is what makes Germans so dangerous.

The connection of idealism and perfectionism breeds fanaticism. I would therefore characterise Germans as fanatics. If Germans are convinced that something is the right thing to do, they will not listen to arguments that it might lead to bad outcomes. Thus is the nature of idealism. And their perfectionism lets them pursue idealistic goals without any compromise. Like all missionaries, they have no trouble lecturing others that they should follow their own believes, which is why no one likes missionaries.

It is important to understand that, in order to understand German politics. For example, while most of the world has now moved on from pursuing destructive Covid policies, there is a large fraction in Germany, including the government, who is still plotting the final victory over the virus. These zero Covid fanatics have now again introduced new restrictions. Although, it must be said that we are getting to the point where this ideology is so detached from reality, and the damage too large to be ignored, that even Germans start to change their mind.

The Nazis can also be explained as fanatic idealism going terribly wrong. Of course, this mindset also has advantages. When Germans are trying to design product, they can often come up with perfectly designed solution.

The main motivation for Germany to take part in the EU was, and is, not for the country to profit from it. Being truly and deeply embarrassed about the disaster of the Nazis, they simply see it as their duty to support the European project, even if it means getting hurt by it. This is how the EU is debated in Germany. There is not much debate about what is in it for us, but more about how the EU can create a better world.

So, if there is a conspiracy to take over Europe, it is totally secret. It is never debated in public. Of course, it is possible that such a conspiracy exist. A conspiracy, by definition, has to be secret. But then I would like to know who this secret club of conspirators might be. And in particular I would like to see, how exactly Germany is taking over Europe.

Probably one of the biggest drivers behind the perception that Germany is a bully is that she appears to dictate certain fiscal decisions in a number of countries. Greece and Italy in particular come to mind. But that seems to be a false perception. These countries simply live beyond their means. They cannot sustain their consumption with their production. After the Euro was introduced, they had the chance to borrow money at the same low interest rates as Germany, and they took advantage of it.

But no one in Germany forced anyone in these countries to live beyond their means and vote for their gigantic welfare states. They brought this upon themselves. In fact, Germany was one of the main drivers to stop them. When the Euro was introduced, Germany in particular insisted on a no bailout paragraph. This was supposed to prevent member states of the EU to be liable for the debt of the other member states.

There is not much liberalism in Germany, but one of the few noble exceptions is that Germans really do like sound money. They are fundamentally long term thinkers and, having seen their currency been destroyed a number of times, absolutely hate inflation. That is why they insisted on including this paragraph in the Maastricht Treaty.

The problem is, from the very beginning, the wisdom of the crowds in the markets did not believe that Germany would be able to stop bailouts in case of a sovereign debt crisis. As a consequence, as soon as the Euro was agreed upon, the markets started treating all debt in the Euro zone as if it was Germany’s debt. All the interest rates of Eurozone debt harmonised to a the interest rate of Germany. The markets, therefore, did not believe that Germany was in charge in the Euro zone and they turned out to be correct. Eurozone debt is now de-facto socialised against all agreements.

In 2019 it was the turn of Germany to provide the President of the ECB. This was supposed to be Jens Weidmann. Being German, Weidmann however is an advocate of sound money. He would have certainly started to raise interest rates. That prospect was not very pretty for a number of Eurozone countries, so they forced Germany to give way for Christine Lagarde. Again, who is in charge here? Does inflation in the Eurozone benefit Germany?

In return, Germany was offered to choose someone to head the European Commission. This was an attractive opportunity to get Ursular von der Leyen out of German domestic politics, as she has a talent for incompetence. Her political track record suggests that everything she touches fails.

So where exactly are the signs that Germany is running the show? How exactly has she dictated EU politics, and how has Germany profited from it? The Euro is plundering Germany. According to the TARGET2 system, 1.25 trillion Euros have left Germany into other Eurozone states. This is wealth that she will never see again. As a result, the average wealth of the average German is the second lowest in the Eurozone. Only the Portuguese are poorer.

So how again is Germany profiting so much from the EU? What are the signs that Germany is running the whole show? I cannot see them. I can, however, see a lot of motivation to find someone else to blame for a lot of home made problems..

The purpose of this article is not to show that Germany is somehow an innocent victim or better than the other countries. Far from it. Germany has chosen to be in the EU and is certainly shaping a lot of policies. As I said, I have no sympathy for Germany. I left the place for a reason a long time ago and never regretted it.

Germany is run by some crazy idealist green communists, who are systematically smashing the country against the well. And as always in its history, the fanatic idealism will not change course before the country is totally destroyed. But it will be difficult to change course, as, particularly under the leadership of the old school communist Merkel, the country has rapidly moved towards becoming a nasty dictatorship. Merkel looked towards Putin’s Russia for guidance how to get rid of a liberal state. Germany has now given up on freedom of speech and both the police and the court system have been totally politicised. It is probably one of the most corrupt countries on the planet. There is not much of a rule of law left.

But despite my unfavourable view of Germany, I am against these conspiracy theories. They are not helping. The real enemy is certain ideas and lobby groups who are influencing politics. Those are the real rulers of the EU. They are not elected, nor are they bound by geography. They have infiltrated all western governments and are working together globally.

We need European cooperation of sovereign states, not a centralised European superstate. Europe’s strength has never been to be run by the most competent people with the best ideologies. There has never been a shortage of crappy leaders following bad ideas. The strength of Europe has always been that there are plenty of escape routes. This continent can never fully agreed on anything, which is why the EU will fail. The diverse cultural forces in Europe are much stronger than the idealistic idea of the United States of Europe. However, outright hostilities between Europeans, and a blame game of accusing the others for one’s own faults are very dangerous and should not be supported.

Subscribe to our substack to not miss out on future posts.