How To Make Peace 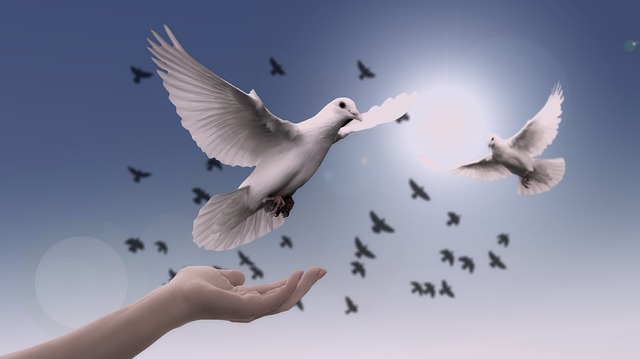 I admit it. I am one of those people who advocates for peace. That is not very popular. In the current war hysteria, people like me are often accused of working for Putin. We have apparently fallen for the Kremlin’s war propaganda that demonises the innocent Ukrainians, who are nothing but victims.

It is very possible that some of the things I believe to be true are propaganda. It is always very difficult to know what is going on in politics, and that especially applies to wars. No one, and I mean no one, is objective.

There is no such thing as objectivity when it comes to politics. The world is too complex for that. No one can know all the facts, and even if one did, this would not result in a black and white good guys vs bad guys view. We all have to select the facts that we think are important.

One very important fact to pick is to determine when a conflict started. When it comes to the Ukraine war, some say it started when Putin’s army crossed the Ukrainian border. Some say it started in 2014 when there was a regime change in Kiev. Others go back to the Soviet Union or Catherine the Great. Where one sees the origin of this conflict heavily influences which side of the conflict is seen as the one fighting for a just cause.

But there is no objectivity in picking a starting point. That in itself is dependent on one’s world view and values. Peace in politics depends on acknowledging the important insight that the world is not objective. There is rarely such a thing as a fight of good vs evil, there are just various shades of right and wrong.

If that is understood than it is clear that peace cannot be won by insisting that one side is completely right and that therefore the only acceptable outcome of a conflict is the triumph of good over evil. Rather, it is very important to acknowledge that the only way to have peace is to be able to compromise. Whether one likes it or not, the other side’s perspective needs to be taken seriously. The standpoint that one does not have to make any compromises, as the own position is the only just one is the very definition of fanaticism. This moral fanaticism is toxic to peace.

I am a libertarian. My moral position is that I have a right to be left alone. In particular, I have a right to the fruits of my labour. As such I reject taxation as immoral. Taxation is theft. The problem is that not everyone shares my view. I, however, still believe that I am right. Would it be wise, or even just, for me to start a violent fight against the government for taxing me? After all, if I am correct, then I have a right to self defence against the thieves.

But I hope everyone can see that that would be madness. I would achieve nothing but senseless destruction. The more sensible position is to acknowledge that one can differ on the moral judgement of taxation. And as long as these differences exist on a large scale I will have to life with the compromise of paying my taxes under protest. Of course I will take every means available to minimise my legal tax burden. But ultimately, I will have to live with the fact that no matter how much I think I am right, the world is not objective and I will have to live with a compromise in order to preserve the peace.

Peace is very valuable. Violence is very costly. In a violent conflict, I may loose my life and therefore everything. So using violence should always be the absolute last tool. I am just short of being a pacifist. I do believe that there can be situation in which the good vs evil narrative is close to true and that any compromise would be worse than violence. But, in politics, these situations are very rare.

Sure, if ISIS invades and kills all the non believers and take your women as sex slaves, then fighting might be the right choice. After all, with or without fighting, I might loose everything in that situation. There really is not much of an acceptable compromise to be made with true thugs like that. Most conflicts, however, are not like this. At least in today’s world, most conflicting sides do have some interest in peace and preserving civilisation. They do not act out of pure thuggery.

I am a critic of democracy. I prefer liberty. I do not buy into the idea that a majority has a moral right to tell the minority what to do. The best thing about western democracies is their liberal attributes of a rule of law and a division of powers.

But what I do like about democracy is the inherent teaching that peace is more important than getting one’s will. If I lose an election, I will have to go along with what the government is proposing, at least within the limits of fundamental, inalienable rights. This is not because a democratically elected government is always morally right. In my view, most of what governments do is not moral. That is why I hope we can eventually figure out a way to replace them with a better, more liberty oriented system. As long as they exist, however, submitting to their rule simply serves the purpose to preserve the peace. If I don’t submit to the democratic government, the only alternative is violence.

A very nasty propaganda argument of people who want war is to accuse the critics of being appeasers. This, for some reason, has become a bad word. It is time to change that. I am not hiding the fact that I am in favour of peace, as the only alternative to peace is war. The main argument against peace is that there were historically situations in which advocating for peace apparently has led to worse results later on.

Even if that is true – and I am not convinced it is – the fact that appeasement did not always work does not necessarily make it a bad strategy. If it works most of the time, or even just often, then many wars will be prevented. That is good enough for me.

One does not have to believe the Russian propaganda about the Ukraine being ruled by Nazis. Just listening to the Ukrainian government reveals their extremist nationalist world view. The state borders of Ukraine are apparently worth more than the lives of the people living within those borders. Those people can be sacrificed for the sake of the state. It is disgusting and I have no sympathy for this position.

Yes, I know, Putin is no different. But I already made clear that I have no sympathy for him either. Sometimes there are conflicts in which one side is at least clearly better then the other. Those conflicts make advocating for peace a bit more difficult and occasionally even impossible. But advocating for peace in the Ukraine conflict is actually remarkably simple. Neither government deserves any sympathy or support.

My only sympathy is with the poor people of Ukraine who have to serve as cannon fodder for the corrupt interests of these governments. The killing needs to stop. I don’t particularly care what the compromise is going to be, whether Ukraine looses territory or the Zelenskyy regime is replaced. Just make peace and stop the murdering. And peace would result immediately the very moment the west decides to withdraw its support for Zelenskyy. That is how it is done. The only people preventing it are those fanatics who thing that compromises are unacceptable.