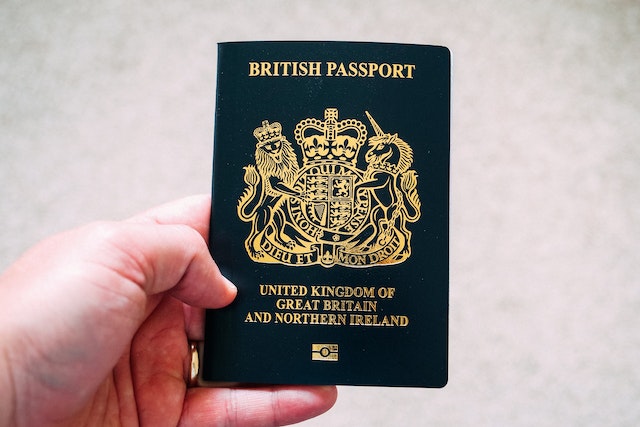 A few years ago, in the middle of the European refugee crisis, I went public and defended the idea that the government has no business in licensing people’s presence on its territory. In other words, I defended the policy of open borders. And I did so quite passionately. I thought that the power of the government to have the last say over where people can move is a very dangerous power that is causing a lot of damage. Now, a few years later, a lot has happened. It is time for a review of my position. Did I get this policy recommendation right or was it a mistake?

I have changed my mind on some issues regarding immigration. I was not just arguing for the idea that the government should stay out of immigration, but I was quite positive towards immigration. While I did say that people immigrating for welfare handouts was a problem, I did not see a danger from people with different cultural backgrounds mixing up.

Here I have changed my mind to some extend. The facts are just too clear to be ignored. It is undeniably that crime, especially sexually motivated crime, in my home country Germany has gone up significantly since the inflow of migrants from certain parts of the world. My partner is French, and she tells me that in her home town Montauban, it is now very dangerous for women to go out at night. Muslims are more and more taking over and imposing their cultural values on the locals.

The facts that emerged in the last few years have tamed my blanket enthusiasm for immigration. I still think that migration on the whole is a positive as people need to be able to vote with their feed. We also need an exchange of ideas between different cultures so that we can figure out which ideas are best.

However, just because someone leaves a badly run place does not mean that they understand why the place they left is failing. They often have a wrong idea why. It is a confusing phenomenon, but many people can take failed ideas, ideas that are responsible for the terrible state of the place they left, with them. If that happens in large numbers then this can cause a bad influence on the better run places. Ideas matter for a successful society.

So, given all these problems have I changed my mind on the policy of open borders? Not really. The state is still the problem. While I misjudged some consequences of immigration, I never defended political correctness, the welfare state and anti-discrimination laws. Those are still the main problem. If it was not for these policies, the market could handle immigration.

The key question is not whether there are problems or not, but what is the correct way to deal with these problems. Problems are everywhere, but is the state the best problem solver? Back in 2015, I wrote an article titled “Soviet Migration Chaos”. I pointed out that we will indeed see a disaster from the migration into Europe. The main reason, however, for the disaster is that to centrally plan migration cannot work.

As always with central planning, one ends up with an organised chaos. Usually the result is that there is a demand exceeding abundance of some things and a scarcity of others. And that is what we are seeing with immigration as well.

In June, an incident made the news that happened on the USA Mexican border. 40 Migrants painfully suffocated in a trailer in Texas that was abandoned. Responding to this news, on the 28. June, conservative commentator Matt Walsh, who is dead against open borders, tweeted out the following:

“Awul. This is what all those “compassionate” open border policies get you.”

Matt Walsh, who is undoubtedly very smart, is a good example of a conservative. As most conservatives they get some things really right, but others totally wrong. This tweet immediately caught my eye, because of its obvious absurdity. Clearly these people were hiding in a trailer to avoid being detected by border controls. But Matt Walsh seems to be under the impression that the US has open borders.

While arguing with people about open borders, I frequently came across many who were telling me that the borders of western countries were open. That is confusing, since anyone who has ever tried to enter countries like the US or Europe on a non-local passport, will immediately realise that there are very strict immigration controls in place. One does not even make it onto the plane without proofing to the airlines that one has a valid visa in the destination country. I personally know a number of people – good, highly educated people – who had to leave the UK because they were unable to get a visa.

Given this obvious fact, why is it that people like Matt Walsh think that the borders are open? Arguing with people like him, as I did again under the original tweet from Walsh, it becomes very clear why they think that. It is the same reason why a lot of socialist don’t believe that the Soviet Union was real socialism.

The reason why they think that is because they have a very clear idealistic idea of what socialism should look like. Since the Soviet Union did not match that ideal, they conclude that it cannot possibly have been real socialism. The reality, of course, is that their ideals are not realistic. In reality, socialism cannot look much different from the Soviet Union. That is why every socialist experiment ended similarly.

In the same way, the people who argue that we have open borders do so, because they are unsatisfied with the result of the government managing immigration. They see too many of the wrong people coming in, and sometimes they know of examples where the right people were denied a visa.

My question to those people is, why did you expect any other outcome from the government managing immigration? Did you really expect the government to do a good, unbiased job? Whenever the government is in charge of anything, we can see that the result is a chaotic mismanagement. And this mismanagement will be influenced by powerful political interest groups. This is how governments work, always. That is why no one is satisfied with the outcome of their favourite government program.

The government has an interest in bringing in dirt poor welfare immigrants. Those will then form a loyal voter base for their socialist policies, at least that is what the relevant political lobbies think. This is the result of the immigration policies in pretty much any welfare state. Exceptions can only be expected to be temporary. As a strategy, socialism always first tries to destroy the existing society, in order to have a clean start for the new utopian society.

And let’s face it, political correctness is not imposed on us by immigrants. It is an ideology most cherished by the white middle classes. Just like many immigrants have wrong ideas about what made their countries fail, many westerners have no understand of why the west has become so successful. And that is a problem.

Immigration mismanagement and the welfare state are not two different problem. They are the same. The solution is to push back the state on every level and not suddenly seeing the state as an ally. It is very dangerous to put the state in charge of migration. The state will let the wrong people in, keep the right people out, and increasingly we are seeing this central planning machinery being used to keep the right people from leaving.

Therefore, I have not changed my mind on open borders. While I can see now that there are more problems with migrations than I originally thought, the solution, as always, is not to put the government in charge of this problem. That will make things worse. There is only one solution for this problem and that is to push the government back out of managing everything. We either live in a free society, free from as much government involvement as possible, or we don’t. And if we don’t, then yes, the result will be a pretty nasty society. Liberty is without an attractive alternative.

You can sign up for my free substack newsletter to get new articles directly to your inbox.