Should Putin Be Stopped To Invade Ukraine? 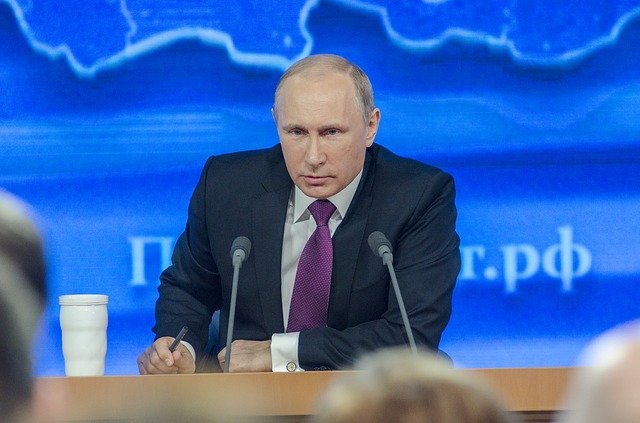 The Covid scare seems to be coming to an end. That represents a huge problem for the powers that be. Covid was great for them. Governments love a good scare story. It allows them to accumulate a lot of power. That is why, whenever a scare story is fading, another one is not far behind.

The new scare story that is very aggressively pushed at the moment is that Russia will invade Ukraine. A lot of people in power seem to still remember the great old days when the Soviet Union was this fantastic bogeyman that justified all kinds of state interventions. These kind of conflicts really are the health of the state. And whatever is the health of the state is the disease of the ordinary people.

Let us look at the current situation in Ukraine. Ukraine has a large border with Russia. Historically it was part of the Russian empire for centuries. After the Soviet Union collapsed, Russia got the guarantee that NATO would not push its troops towards her border. NATO has already broken that promise by bringing in the Baltic states. Probably correctly, Russia sees NATO as an existential threat. After all, who is NATO aimed at if not Russia once it is in Ukraine? Like any government, Moscow will defend itself against existential threats.

On the other hand, the threat from Russia is largely exaggerated. Yes, sure, Russia has thousands of nuclear weapons. If Putin wanted to, he could wipe out life on this planet. But no sane person would do that, as it would be suicide. And Putin is many things, but he is not insane. In fact, he appears to be a very rational actor. He is a ruthless, psychopathic gangster who is only interested in his own well being. Yes, he is all of that, but he is very rational and intelligent.

Russia has the economic strength of Italy and relatively few people compared to its enormous size. Russia therefore has very limited abilities to conquer the world. And Putin knows that very well. If Russia wanted to invade Ukraine, it would have done so back in 2014 when it took over Crimea. Crimea is of vital military importance to Russia. But why would Putin invade Ukraine?

There is not much to get in Ukraine and it would be very costly to hold it. The only part of Ukraine that has a Russia friendly population is the Donbas in eastern Ukraine. The rest of the country is largely hostile to Russia. Russia therefore has no interest to conquer Ukraine, which is why they did not do that back in 2014.

Despite the lack of interest in Ukraine and the weakness of Russia, Putin will not tolerate NATO being expended to Ukraine. That is a clearly stated red line. Stepping over that line will trigger a harsh reaction from him. He knows that if he lets that happen, Russia will very much weaken its power in the world. So if one wants for Russia to stay out of Ukraine, there is a simple solution. Simply keep NATO out of Ukraine. There it is, simple, everyone wins.

At this point many idealists will point out, doesn’t Ukraine have a right to determine its own politics? How is it legitimate that Putin dictates the politics of an independent country? Shouldn’t you be on the side of Ukraine to defend herself against an aggression from Russia?

This is a very misguided way of looking at the situation. It does not matter what I want. If “what Nico wants” would be the guiding principle of international politics, the world would look very differently. There would be no Russian government, or a Ukrainian government. The world would then live in nice anarcho-capitalist societies, in which everyone can pursue their own happiness freely.

But that is not what the real world looks like. In the real world there are states and these states peruse certain interests. States are not legitimate. They don’t have a right to exist. They simply exist. Since they are not legitimate, their interests are also mostly not legitimate. But they will still pursue them. Talking about whether Russia has a right to defend its perceived interests in Ukraine with military force is like talking about whether that recent Tsunami had a right to destroy Tonga. It just did. Whether one likes that fact or not has nothing to do with it.

If, however, one were to acknowledge the fact that states have legitimate interests, then doesn’t Russia have a legitimate interest in defending itself against an existential threat? That argument, it seems to me, is just as plausible as to say that Ukraine has the right to deploy troops of the most powerful military alliance on the planet and therefore to essentially threaten Russia.

Getting back to the simple facts of the real world, given the options in the that real world, a war with Russia over Ukraine needs to be avoided. The only winners in such war would be Putin and our deep states. And even they might loose. But everyone else would definitely loose. Ukraine itself would see its infrastructure flattened and an enormous amount of people dying. The war might very well even spread beyond Ukraine. And for what? The end result of all of this will almost certainly be that Putin would still have a strong influence over the politics of Ukraine. The US just got her ass kicked by a bunch of goat herders in Afghanistan. What hope is there that they are going to win a real war against Russia in her own backyard? Russia just gave a good presentation how prepared they are to deal with threats in Kazakhstan.

No, I am afraid, it looks like removing Russian influence over Ukraine is not an option in the real world, at least not at the moment. It can probably not be achieved at any cost. We can acknowledge that reality now and safe a lot of lives and destruction, or learn it the hard way. And it would be a very hard way. I doubt that even most Ukrainians will want to go down that road of destruction. But why would anyone outside of Ukraine want to go down that road? The reason is pretty obvious. It has nothing to do with the interests of Ukraine and all to do with the survival of our own deep states.

The whole Russian confrontation is crazy. There is no other option than to get along with Russia. The Putin problem will have to be solved in Moscow by the Russian people and not in Ukraine in an epic military battle. I understand that there are people in Ukraine and Russia who do not want to live under Putin’s rule. If I was living there, I would probably feel the same way. But for now, it very much looks like their only option is to leave and live somewhere better. If western countries really wanted to help these people – which is a laughable idea – but if their real goal was to help these people, they would give them easy access to western countries.

We are governed by ruthless and crazy elites. They will stop at nothing to defend their interests. And it looks like they now think that a confrontation with Russia is in their interests. They do not care one bit about what would happen to Ukraine in the process. It is not clear whether they understand the game they are playing. They are definitely playing with fire. And as always, the people who will get most hurt by that fire will be the people who the west is pretending to liberate. Instead of confronting Russia, we should confront our own deep states and kick them out. It would be better for everyone.