Thoughts on the Russia/Ukraine War 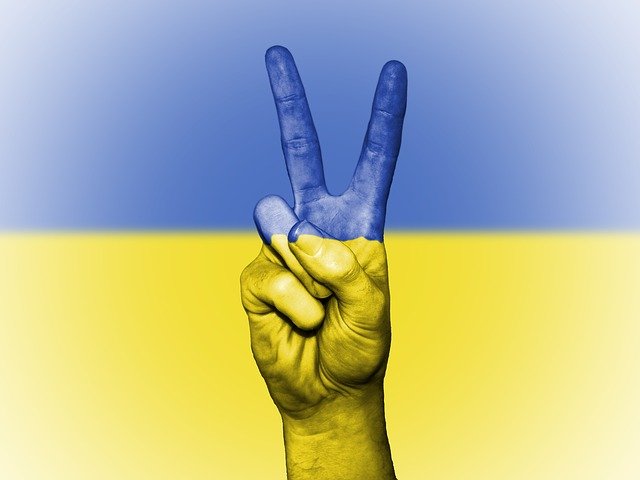 So, Putin did it. He showed strength by invading Ukraine. Like most others, I was shocked by that move. I did expect a harsh reaction from Moscow to the constant provocations, but an outright invasion seems like an insane move.

Needless to say, there is no justification for this act of aggression. It is not self defence. Ukraine or NATO did not attack Russia. And no one in Ukraine invited Putin in. Sure, Russia is worried about the constant sabre-rattling by NATO. It is understandable that a country that has historically been invaded many times, and which has no natural borders, is a bit paranoid. It does not help that NATO has been involved in regime change wars. However, NATO usually only attacks small countries with no military to speak of. Putin, therefore, certainly knows that the chances of the military alliance to invade Russia are very small.

Again, there is no justification for what he is doing. It does not look like a smart move either. Russia is now going to be isolated. This will further weaken the otherwise already quite small economy on the level of a third world country. If he does not finish the war quickly, it itself might bankrupt Russia. It is very costly to fight. In addition, it is questionable whether this war is popular in Russia. We have seen huge protests all over the country, despite the fact that protesting is dangerous in Russia. If the war goes on for too long, it might weaken Putin’s power base at home.

Invading a country in today’s world is always an insane move. I have consistently criticized the US and her allies for doing such criminal and foolish acts. And of course it does not get any better when other countries are doing it. Wars are chaotic, no one can predict how exactly a war is going to play out. There are simply too many variables. It is also a lot harder to end a war than to start one. In addition, there are no real winners in wars other then some political point scoring. It is total insanity of destruction.

When a war breaks out there needs to be two goals. Firstly, the fighting needs to stop as soon as possible. Most of the time, there is no point in trying to win a war. The fighting needs to stop. As long as there is fighting, everyone looses. Because fighting is so destructive, the second goal has to be to stop the war from spreading and escalating. Wars usually escalate when other parties think it is smart to get involved.

Wars are very emotional events. There is nothing that gets the blood boiling as quickly seeing some innocent people suffering from an act of violence. The people who think they have something to win in a war know this very well. That is why truth is the first casualty of war. Do not believe anything reported in any media right now. It is very difficult to know what is going on in a war zone.

The constant reporting on how well the heroic Ukrainians are doing should make one suspicious. Sure, there is no doubt that it is very brave to challenge an army that is this much larger. But heroic or not, the odds are not in favour of the Ukrainians. Given the power imbalance, Ukraine has essentially two very small chances of standing their ground against Putin.

The first would be to manage to drag a bigger ally, like NATO into the war. That is unlikely, as that is not the play book of NATO. Usually, the west encourages people to fight, giving them hope of great support. But then the support rarely comes and the people fighting ending up as pawns in the chess game that can be sacrificed. Those who believe the west’s promises are not paying attention.

We should all pray that they no one else gets involved. The consequences would be too horrible to contemplate. Even if Russia was eventually defeated, Ukraine would almost certainly still be destroyed in the process. Therefore this possibility is unlikely going to be useful to Ukraine.

The second possibility to kick out the Russians is for Ukrainians to hold out long enough to make the war too costly for Russia. In that case Putin might face a leadership challenge. The chances of that happening, however, are very low. Sure, as long as they are fighting street battles, the Russian military advantage might not play out as much. But of course that is not the only option Russia has. The fact that Moscow is using that option at all shows that destroying Ukraine, or killing Ukrainians is really not their intensive. If the war, however, goes badly, Putin is almost certainly going to get more brutal. Unfortunately, it looks like we are already seeing that happening. It is either that or withdrawing and he is unlikely to do the latter. That would be political suicide.

If Russia succeeds in regime changing Ukraine, that will not be the end of Ukrainians. If a genocide was the goal, it would happen right now, instead of fighting street to street. And this is not like in historic times where loosing a war meant to be sold into slavery. The only thing that will change is the government. Most people are not political and would therefore unlikely notice much of a difference. Sure, one might prefer the Ukrainian state and regime to the Russian one. But that is a question of nuances and not of freedom vs slavery. Ukraine is not a libertarian place.

There is a simple cost benefit analysis to make here. Is the Ukrainian regime so much better that it is worth risking one’s life for it? The Ukrainian government is giving us some indications at the moment of whether that is the case. One of the first things it did in this war was to impose capital control, so that Ukrainians could not get their money out. This is an act that hurts Ukrainians and not Putin, the very people the Ukrainian government pretends to fight for.

Even worth, the Ukrainian government does not even allow the Ukrainians to decide for themselves whether they would like to fight or not. Any male between the age of 18 and 60 is not allowed to leave the country, there is a military conscription and deserters face the death penalty. That is slavery right there. The Ukrainian government is forcing people to fight a battle that they will unlikely win in the end. It is clearly mostly interested in its own survival and does care little about its own people.

If we can believe the propaganda, it is even encouraging foolish strategies like throwing Molotov cocktails at advancing tanks. If true, this recklessly endangers lives without any military benefit. Luckily, we are probably dealing with propaganda. It is difficult to see that fighting this war makes much sense. Sure if someone wants to fight then by all means fight. Morally it is certainly legitimate to do so, as Putin is the clear aggressor in this case. But it does not make much sense from a cost benefit analysis.

The only thing fighting is likely going to accomplish is to maximise the destruction. In addition it might very well result in worse terms for the eventual most surrender. It seems to be much more sensible to me to surrender and fight another day, when the balance of forces is much more in their favour. They can still challenge the new regime in all kinds of ways, giving the new government a hard time. And here other countries can help with targeted sanctions on Russia and its elite. Therefore, surrendering is not the end. It just means to fight battles where the chance of winning is more in the Ukrainian’s favour and the fight is less destructive.

I sincerely hope that the fighting will stop soon. Ideally, Putin just retreats and leaves Ukraine alone. But we don’t live in an ideal world. At the end of the day, the most important thing is that the fighting comes to an end, even if that means that Ukraine surrenders. I don’t know many instances in which freedom has ever been won in a war. There might have been a few in some special circumstances. Usually, however, wars destroy liberty, it is the health of the state. And liberty definitely has no chance of winning here.