The Economics of Intolerance 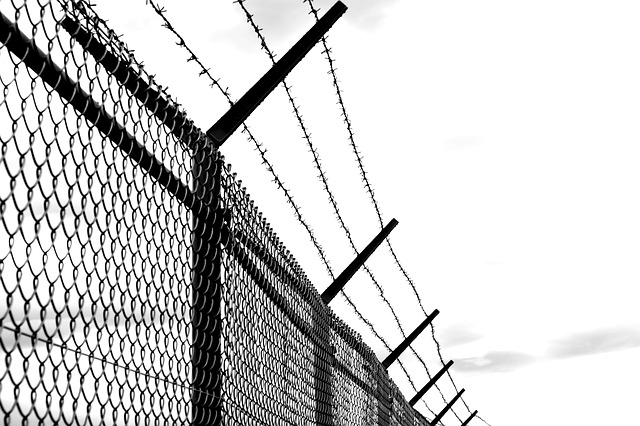 Libertarianism is advocating to maximize the liberty of individuals. The idea is that every person should have the right to be left alone as much as that is practically possible. Originally, I was under the impression that Libertarians must be people who have a lot of faith in human beings. That is because, one of the major arguments against liberty seems to be that a lot of people are simply not fit to make their own decisions in every aspect of their lives. They need to be forced or at least guided with some mild pressure to make the right choices. While libertarians will be quick to admit that people are not infallible and not all of them are decent, they nevertheless believe that even a superior elite group, or a single genius, cannot get the right personal choice better for the average or even below average person than the person can for themselves. They also believe that there are only a small amount of potential or real trouble makers. The vast majority of humans are basically good, trustworthy people. This to me, seems to be a very positive and optimistic view of humans.

Over the years however, I came to notice that libertarianism does seem to attract some people who are not particularity positive about humans in general. Their attraction to liberty seems to be two things. Firstly, they are attracted to the idea of liberty allowing them to reject others so they do not have to deal with a lot of humans that they do not like. In other words, it is the ability to dodge others, to be intolerant of those that they do not like, that is attracting some people to libertarian ideas. And secondly, they seem to have come up with the idea that economic forces will be an even stronger restrain on people’s behavior than the state. In other words, they paint the picture of a libertarian society being mostly homogenous and conservative.

Their arguments never made much sense to me and I am going to explain why. I am going to argue that a libertarian society will most likely be very colorful and multicultural.

Let us start with the first argument that liberty is about the right to discriminate. It seems clear that we can only have absolute unrestricted liberty in a world of superabundance. But since we live in a world of scarcity, it is inevitable that our liberty will be limited by the liberty of others. What is the best way of maximizing the ability of people to be left alone in a world of scarcity? The libertarian answer to that is to grant people certain property rights. Only with these property rights, it seems possible to practically leave people alone at least to some degree. With property, I am at least able to do what I like with a small part of the real world, most importantly with my own body and life. Without property I would not be able to make any decision without asking all other people interested in the same property for permission first. Therefore, it seems correct to assume that property really does maximize liberty.

From this, the intolerance crowd will follow, “see, liberty is all about discrimination, therefore a libertarian society will see more of it”. Well, not so fast. Just because in principal you can do something, does not mean that it is always a good idea. Yes, it is absolutely true that liberty entails the right of people to exclude others from their property or business activity for very shallow reasons. But then liberty gives you the right to do all kinds of things. You could restrain from showering and being polite to other people. But from that does not follow that this is a good survival strategy. I would suspect that it is probably not.

People who stress the ability to intolerance through property overlook the fact that property is not absolute liberty. It is merely a strategy to maximize liberty in an otherwise scarce world. As such it also demands a lot of tolerance. While it is true that you can use your property in any way you like, it is part of the property deal that you absolutely respect other people to do the same with their property. That means that you can for example prohibit people from burning the Koran on your property, but you also must not interfere if your neighbor is doing something like that on his. This might not be an easy thing to do. Liberty therefore clearly demands tolerance from people.

Our well being as individuals very much depends on the cooperation of us with other humans on this planet. And the larger the amount of people we are cooperating with the better, in other words the larger the market in which we take part, the better off we are. This is causing a few problems to intolerant people. First, if you really do not want to be confronted with things that you find hard to tolerate, you will have to do more than just own a small piece of property. You will have to find a way to legitimately control your whole neighborhood. There are of course ways of doing that. But no matter how you do it, whether you are buying up all the properties in your neighborhood or join a gated community, the costs for this lifestyle will be higher than for people who are more relaxed about their neighbors. And the more intolerant you are, the further away from other people you will have to move, or the higher walls you will have to establish around you. This however drives up the costs to cooperate with others. This is the reason, why so many people are living in crowded cities. Having a large amount of diverse people around you, opens up a lot of possibilities. That means it is economically costly to pursue an intolerant lifestyle. Sure in a free market, everything will likely become cheaper as productivity rises. But the relative economic disadvantage compared to people who are tolerant remains.

And there is more economic disadvantage. Say you are running a company and you are a racist. In that case you are excluding a lot of potentially helpful people from your business. That should cause you disadvantages compared to a competition that is more open minded. There is a reason why racist societies force people to be intolerant by law. Left on their own, most people quickly start realizing that hatred is not a very attractive philosophy.

What about the claim that a libertarian society will likely see more conservative lifestyles. I don’t find this completely convincing either. I think conservatives are right in one aspect. Cooperation on a free market demands responsibility. So some of the irresponsible behavior we see being produced by the welfare state will likely go away. On the other hand however, markets are known to produce a lot of wealth. And particularly creative people are doing well on free markets compared to rigid bureaucratic structures. If people are more wealthy they are less dependent on others approving of their lifestyle. In other words, free markets tent to benefit individualism.

This can be seen historically. For example, to my knowledge it was not so much feminism or the welfare state that made women independent from their husbands. It was the industrial revolution. Factory owners often paid for facilities where mothers could leave their children while at work. That way they had access to their labor, which was needed. Or mothers were earning enough to pay for child care themselves. So it was the wealth production of free markets that allowed women to break out of conservative family structures.

I cannot see much basis for the idea that liberty is about intolerance or that a libertarian society has to be conservative. This seems to be wishful thinking from some libertarians. If that is true, then the question arises, are they really libertarians or are they people who see libertarianism as a means to achieve very different ends? And if the latter is true, are they trustworthy to stick with liberty even if liberty appears to produce different results?

I think a good test to answer these questions is state immigration controls. Are libertarians willing to support getting the state out of the way of the free movement of people or not. It seems to me that people who are arguing in favor of state immigration controls give away that they really are more interested in their conservative/racist idea of a society than in liberty. And they seem to sense that it really needs the state to produce this result. If we get the state out of the way, we will likely see an increase in multiculturalism. The economic incentive of people to mix seems too large.

Since this is not a result that these libertarians expected, they are quick to proclaim that really this is all due to other state policies like non-discrimination legislature or the welfare state. But this is an odd argument in many ways. While these policies are indeed anti-libertarian and have to go, there does not seem to be much evidence that supports the idea that they have a big influence on immigration. At least no were near enough to support the idea that without them, we would not see a lot of movement of people from all over the world. And regardless of how many people will end up moving, it seems false to argue that the state cannot be rolled back unconditionally, as that would lead to problems. That argument can be used to prevent any rollback, as almost any abolition of a policy will cause some trouble for some people. So if this argument sticks, we will be stuck with the status quo forever. No, if the abolition of one policy causes problems with other policies in place, then we just need to abolish more state until the state is no more.

For all these reasons I personally remain skeptical of people who are interested in liberty because it promises them intolerance. Of course it is good when people are interested in libertarianism and want to call themselves libertarians. Any common ground is a basis for debate. However, I don’t know how much I can trust them when it comes to the fight for liberty. I also don’t believe this image of liberty is helpful to spread the message. We are sharing this planet with a lot of people. And we will have to find a way to live peacefully with them. Our standard of living is also very dependent on a maximum of collaboration with others. I therefore consider tolerance to be an important value. Intolerance simply does not seem to be a good survival strategy. But tolerance can be difficult. It needs to be learned. That will take some training. Telling people that it is perfectly fine to be intolerant is therefore not very helpful.