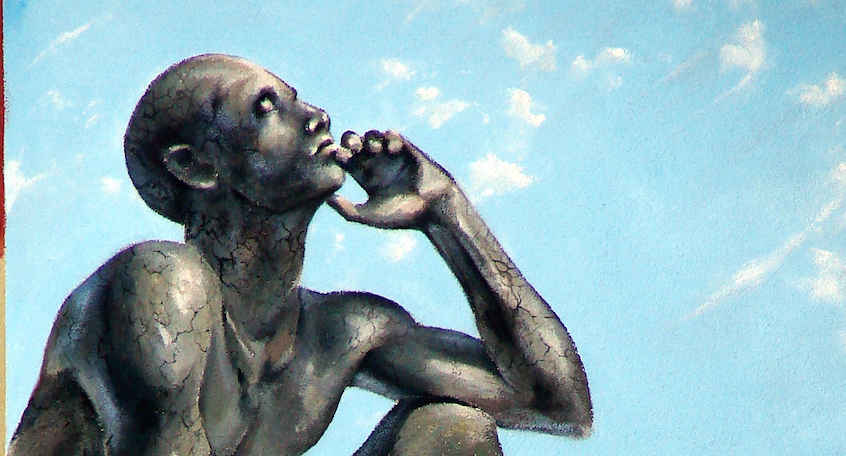 If you attend a lot of libertarian gatherings, you will start feeling like everything talked about is very repetitive. Every argument being made sounds familiar and if someone new might show up you can predict what their objections are going to be. Nevertheless, I am not really getting tired of them for a number of reasons. There is the psychological aspect of feeling sane and understood. I know a lot of libertarians who come to meetings for this reason alone, as it is an experience in contrast to what they are experiencing in their normal environment. And sometimes you might actually come across an interesting viewpoint that you have not heard before. So despite all the repetition, you might actually learn something. In any case, arguing a lot, even if repetitive, certainly trains you in making your points in other debates. In the end it helps spreading libertarian ideas.

But there is a series of talks that come up fairly regularly that annoyed me from the first time I attended one of them. It is a series that I would like to call ‘Let’s do something’. The ‘Let’s do Something’ talks follow a common structure. Whoever gives the talk will start by saying that he or she has observed that libertarians are arguing too much and spend a lot of time with books. That is all nice and well, but he or she has decided that now the time has come to stop this childish complaining and take real action instead.

The proposal to ‘do something’ is always presented as some kind of fantastic new break through idea that obviously a lot of libertarians could not come up with themselves. And the moment the words ‘Let’s do something’ have been uttered you will find some libertarians getting overly excited. From this moment, they do not let any argument count, as arguing looks like falling back into the childish complaining status. As a result, any proposal following these words will be seen as worth supporting and superior to talking.

Don’t get me wrong, I am all in favor of taking action. So are most if not all Libertarians. One topic that is reliably discussed on every libertarian gathering is, how do we get to a libertarian society or at least, how do I get the state out of my life. Libertarians are spending a lot of time trying to figure out a solution to the state problem. However, this problem, not surprisingly turns out to be a very difficult problem to solve. If the power of the state was so fragile that all it needed to topple it was for some people to get together and ‘do something’ it would have gone away a long time ago.

Having said that, there are some strategies that libertarians have come up with that actually might get us to a libertarian society in the long run. However, the remarkable thing about the ‘Let’s do something’ talks is that they are consistently disappointing in coming up with persuasive solutions. People who start their talks with ‘Let’s do something’ will usually not tell you about strategies like agorism, how to reduce your tax burden, how to use alternative currencies or stop the state from spying on you. No, none of that. People who start their talks dismissing debate and demanding action fairly reliably will give you the proposal to get involved in politics one way or another.

The most common one is to propose a new libertarian party. “Hey guys, a lot of you are just sitting around debating. But a few of us have decided to grow up and we have founded this new libertarian party that will change things in this country”. Sorry mate, but this is not new. It has been tried many times with not very persuasive results. So why come up with the same old non solution?

The last talk in this series that I attended and that inspired me to write this piece was from an MEP of the Tory party who somehow is sympathetic to classical liberalism. Becoming an MEP I guess was his idea of doing something. I could not quite figure out how this action is helping, but then again if I were to fight MEPs I should probably start with the less libertarian ones. At least he seemed like a sincere guy. Although, he did have this typical talking style of a politician of being deliberately vague to please as many listeners as possible.

He thought one of the big problems of libertarianism is that they don’t have a good answer to the problem of poverty. They are just assuming that the poor will be better off in a free market, without delivering any proof for it. That is why people do not understand the libertarian solution. So instead of talking, libertarians should practically show how the market helps the poor. He proposed going into the community and help poor people run their own businesses. An example he gave was, how he helped a drug dealer using his entrepreneurial skills to now run a sandwich shop instead.

This proposal is odd on many levels. First it smells a lot like central planning for politicians to go around and tell people how to run their businesses. It does not need the guidance of the state to run businesses. Maybe the drug dealer is now better off selling sandwiches, or maybe not. I don’t have a principal problem with either one of those businesses. But for the life of me, I cannot figure out how getting him into the sandwich making business is helping Libertarianism. No tax has been reduced, no regulation has been abolished. The structural problem of the state remains. I told him that, but his answer was that regulations, while nasty are not the main problem. There are still many entrepreneurs who succeed in a statist environment. So the problem has to be the attitude of people.

True, people in state education are systematically educated to be irresponsible. But then again, that is a structural problem of state education and the welfare state. To say that regulations are not the main problem, is a dangerously wrong analysis of why the standard of living of so many people is going down. True, there are successful entrepreneurs in this statist environment. Some people are so productive that even after all the taxation and regulations they still are able to run a profitable business. But these are strong people. This is exactly not a solution for the poor, who tend to be a little bit less skilled. The less skilled a person is, the more likely every stone you put into his or her way will kill his or her ability to run a profitable business. It is exactly the poor who are most dependent on us solving the structural problem of the state, for they are the first to suffer under it. And btw isn’t ‘not letting you being put off by regulations’ exactly what drug dealer are doing? Here you can see, how regulations are helping the strong. They get even richer than they deserve to be, because the state has killed the competition.

It is indeed unfortunate, that economics can be counter intuitive, as one needs to understand that a lot of consequences are not directly visible. And to be honest, my suspicion was that the MEP did not fully understand that himself. He seemed to suggest that poor people really are benefiting from the state. Of course it is not intuitively clear why poor people are better off if the welfare state stops giving them money. But it is nevertheless true and therefore there is no alternative to spreading this idea. If you do not spread the idea, whatever actions you take could still produce non libertarian results.

Which brings me to the biggest fallacy of the ‘do something’ philosophy. Ideas are not useless chit chat. They are the most powerful weapon this movement has. Therefore, spreading propaganda very much qualifies as doing something. And it is probably the best thing most people are able to do. If we look throughout history we see the powers of ideas everywhere. For example, how did democracy or socialism become so powerful? They started out as ideas of a few nutters. These ideas slowly started to grow before their time finally had come. That is why you cannot just implement a democracy in countries that never had any democratic process. People do not yet understand the idea.

Because ideas are so powerful, you will find strong forms of censorship in every dictatorial system. The reason why a country like North Korea is so cut off from everything is not because they fear the nice consumer products from the rest of the world. Their real fear is that ideas will come over and topple the regime.

Ideas are also the foundation of actions. If someone acts against the state he first needs to identify the state as a problem. There might be some people out there who are really able to do something great against the state. But first they need to understand that the state is a problem. Whoever invented the block chain for example certainly was influenced by libertarian thoughts. With these ideas in mind, he then realized that he had some skills that could be turned into action. If it was not for libertarian propaganda, this might have never happened.

In my experience it is not that libertarians are too lazy to act. They are more than willing to do so. But that does not mean they have big opportunities to do so. Most people find small opportunities to increase the amount of freedom in their lives. Few are capable of inventing something big like Bitcoin. I certainly could not have done that. But I don’t have to. The division of labor also works for Libertarianism. The best thing most of us can do is to spread ideas, so that those with the exceptional skills to act on it can be influence by libertarianism.

The problem with ideas is that they don’t show immediate results. You will not step in front of a crowd of statists, explain libertarianism to them and see them collectively saying ‘I was blind, but now I see’. Whether people are listening to you depends on many things like their motivation, their age, intelligence, personality etc. Not everyone can be persuaded and it is a slow process. That makes ideas very annoying for impatient people. They start concluding that spreading ideas is a hopeless exercise. It also makes you feel like you are not in control of the process. However, there does not seem to be a real alternative to ideas if you want social change.

If your ideas are correct and attractive, they will sooner or later win followers. The good thing about ideas is that once they pick up steam, they can grow exponentially. We also don’t need to win over everyone. A lethal dose of ideas for the state is far below the threshold of persuading everyone. We just need a significant number of the right people. So let’s not complain about people not doing anything. Everyone does what they can do best, just like in the rest of the economy. But one thing that really everyone can do is to continue spreading ideas.