What is wrong with Democracy? 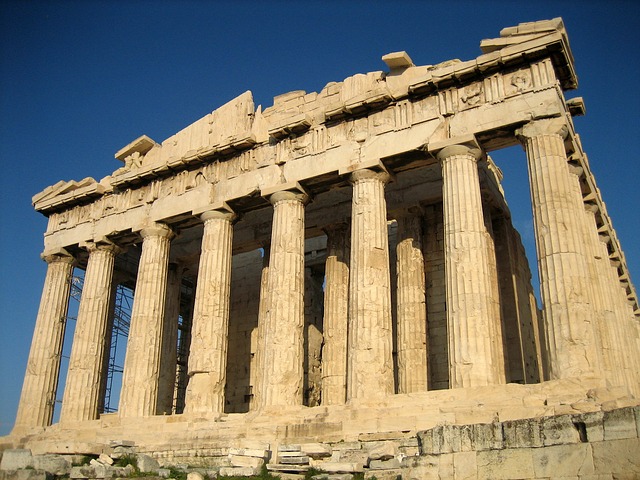 This week, on May 7th, the local gang of thieves, also know as the UK government will ask its subjects for approval of their crimes. And amazingly, people will come out in flocks to give it to them. Their motivation for doing so will be different. Many have been promised a share of the booty. Some will have to live with the promise of one party robbing them less badly then the other. And there are those whose survival strategy seems to be, to not think at all and just follow the crowd.

I would buy that story, if I was 12 years old. In fact, I did believe it when I was 12. But in my view, it really takes the naivety and life experience of a child to believe it. There are so many holes in that story, it is difficult where to start. Maybe we should start with the idea of the government representing the people.

Who are the people? The people are all of us you might say. Great, so in that case governance by the people would logically mean that everyone has to agree with a policy. I actually like that. The government could never do anything if everyone had to agree with it. The criminals would be stripped of their power and therefore leave us alone.

But what is supposed to be so magical about a majority? Why should the majority part of the people have a right to tell the minority part what to do and still call this the rule of the people? As a famous saying goes, democracy, that is two wolfs and a sheep voting for what is for dinner. There seems to be nothing moral or logical about the idea that a majority can legitimize the exercise of power. The only thing the majority idea has going for it is that that way the exercise of power becomes possible. But then again, why would we want someone to exercise power over us anyway?

Nevertheless, even though the whole majority story seems very much arbitrary, let us for the sake of the argument assume for the moment that a majority can indeed legitimize power. How is that then been implemented in the current political system?

Currently, you can vote for parties or candidates. Both represent a whole agenda of ideas and political proposals. I shall be surprised if we could find anyone voting for a party or a candidate, who really agrees with the whole agenda. But let us get back to that later. First, let us take a simple example of an election result. Let us say there are two major parties A and B and a bunch of smaller parties. Let us assume 60% of eligible voters show up at an election to vote. 10% of these vote for smaller parties. 26% vote for Party A and 24% for Party B. Pretty much every western democracy has election rules to keep small parties out of the representative assembly. So we now have two parties, representing the will of the people. Party A is going to provide the government.

But wait a minute. Party A only has 26% approval of the voters. What kind of funny world is it, in which 26% represents the majority and 74% the minority? That means that the minority is almost three times as big as the majority. This is the funny world of politics, in which most basic principals of mathematics do not apply.

Right here we can conclude that the whole rhetoric of the rule of the people and majority rule is simply a fairy tale. But it actually gets worse. As mentioned above, most people do not vote for the whole agenda of a party. The system is set up in a way, so that you have to give your vote to a party according to a few issues that are important to you. This issue can be, and very often is as simple as, “party A promises me to subsidies my bus ticket”. Now you have voted for party A to get a cheaper bus ticket (btw who is paying for that?!) and party A interprets your vote as a mandate to do whatever is on their agenda. But since you haven’t voted for them because of the rest of the agenda, this claim is simply false.

What does this mean for the democratic legitimacy of party A’s policies? Well, it means that many policies on the agenda of party A are actually not even approved of by the majority of voters of the two major parties. If we think this through, that means that it is possible for a policy of the government to be only approved of by a tiny fraction of the voters. In fact not only is that possible, but it is happening all the time.

Almost everyone I talk to seems to agree that the government is putting out too many regulations in some area of their lives. How can it be that people in general seem to agree that there is too much government in some areas and yet we only seem to get more government? After what we have found out above, it should be clear why that is. It only takes a small fraction of the people to grow the government. A small interest group that is giving out their vote only on the basis of a certain regulation being put in place. While most people may disagree with this regulation, they are more concerned with getting their own favorite regulations approved. So this has more priority than to stop other regulations. Politicians know that and that is why they promise everyone their favorite government program.

The government will grow, no matter who wins an election. There is no way the government can be shrunk by voting. If you want to shrink the government by voting, you have to defeat the special interest groups. And since their issues are very important to them, you will likely lose. Even if you do manage to defeat one of them at some point, defeating all of them is impossible.

That means that since most people are not voting out of moral principals, but just for the benefit of their own bank account, the system has become a gigantic exploitation machine. The only question in every election has become, who is going to be the exploiter and who the exploited. And that although the system has become so complex, that it is impossible to really say on which side one will end up on. However, since wealth creation is becoming increasingly difficult in the middle of this battle, it is fair to assume, that we are probably all losing a lot on the whole. Democracy is not the rule of the people. It is not a noble system and the end of history. It is a fundamentally immoral system that deserves to die.

It will die anyway, since more and more people want to be part of the parasites. I don’t blame them. As long as the system is set up the way it is, that is, as long as we think we need a government to organize society, taking part in the exploitation seems like a rational thing to do. The problem with parasitic systems however is, that eventually they grow so big that they kill the hosts. That is where most western welfare states have gotten to right now. So either, people start realizing that the system itself is the problem, or things are going to get really messy. Humanity will not make progress until we have slayed Leviathan in even its democratic form.