The US President is not a CEO 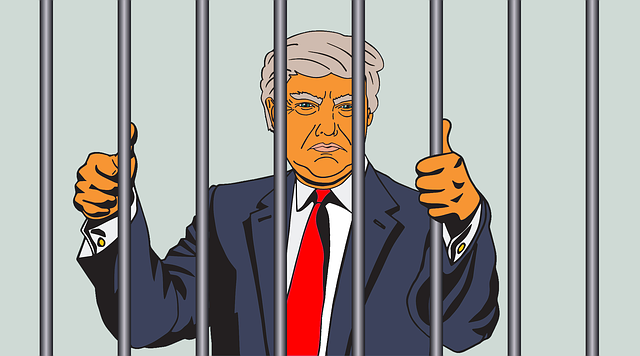 It has been a few weeks since Donald Trump moved into the White House. So far, his administration appears to be a little bit chaotic, to say the least. During his campaign he ran on a populist platform. That means he did not make a lot of concrete policy promises. Instead, he suggested that he was on the side of whoever he was talking to, without going into too many specifics. Whenever he did announce concrete policies, he made sure that these did not repulse any significant groups of voters. That is why he was very vocal about building a wall to Mexico. Mexicans could not vote, and many of the real voters did not like Mexicans.

At the heart of his campaign however was the message that America is currently run by terrible deal makers, who are selling out the country. He on the other hand would be able to negotiate deals that put America first. Through his experience as a business man, America would be great again. All of that, he suggested, could be achieve without any hardship for Americans. Instead, foreigners could be forced to pay back what they owed to the country. Of course this is nonsense, as I have pointed out in a previous article.

Personally, I don’t think his business record is nearly as good as he wants his audience to believe. But even if he was a great business man, it looks like he is currently in the process of finding out that a President is not a CEO. A CEO of a company has the power to do whatever it takes to restructure the business. He is in charge. The US President however, in reality, has very little power. I would not go quite as far as to say that it is irrelevant who is in the White House. There are a few areas where the President can make important decisions. This is particularly true for foreign policy. But by and large, the state is run by what Americans increasing refer to as the deep state.

In order to make major reforms, the President needs to bring a lot of people on his side. There is Congress, the Senate, courts, the intelligence community, the media and a huge amount of lobby groups. Trump, in his press conferences, seems to be surprised, and annoyed, that all these interest groups are not automatically following his lead. How dare they. More than that, he seems to be surprised that most of these groups are not even interested in playing fair. They will do whatever it takes to protect their interests. Currently, it appears that the deep state has several plots at work to get rid of, or at lest tame, Trump as quickly as possible.

None of that should have been a surprise for the Donald. This is just politics 101. Within the system, if he wants to get any significant reforms done, he will have little choice but to be nice to these groups and give them what they want. That on the other hand means that he cannot really reform the US state, as these people will not cooperate with him on a serious reform project.

Trump has tried to use executive orders to bypass these special interests. But that is not going to work. One of the first orders he gave was to fulfil his campaign promise of stopping people from certain muslim countries to enter the US. While he did manage to severely damage the reputation of the US, and in the process strengthen ISIS (yes, that is something the President can do), a court very quickly put an end to his endeavour. This, for a change, happened to be a victory for liberalism.

Normally however, the deep state is not supportive of liberty. He is about to find out that he cannot significantly lower taxes without cutting spending. And he cannot increase spending without increasing taxes. Reducing state expenditure does not seem to be on his agenda anyway. But should he try to cut anything to at least get some room for reform, he will experience even bigger headwinds than so far. And so he can forget about any of his economic reform plans.

No, you cannot rule against the deep state. If he wants to survive for 4 years, he will have to be play ball. That is the art of diplomacy, an art that Trump is only just in the process of discovering it exists. Obama also banned people from Iraq for 6 month. The difference is that Obama was a master in diplomacy and very willing to cooperate with the system. And so, despite his abysmally bad track record when it comes to many issues, including wars and human rights, many people are under the impression that he was a great President. No one seems to care about his travel ban. That is how politics works.

The deep state cannot be defeated from within. It controls the system and has all the jokers. Real change needs to start outside the system. This is true for any political reform movement, but is particularly true for achieving more liberty.

On the positive side of this, people are wrong to compare Trump to political figures like Hitler. Not that I think he would not make a good dictator. He certainly seems to have the fitting personality traits for that. But as we are seeing, Trump is illiterate about politics. People like Hitler, Erdogan or Chavez etc, all came into power on the back of political movements that build up outside the system. These movements followed more than a mere opposition to the status quo. They had very explicit ideologies with clear political goals.

Hitler wrote ‘Mein Kampf’ in 1925, years before he actually got into power. He wrote it when he was already part of a growing nationalist movement. When the Nazis finally did take power, they could rely on a huge network of sympathisers within the system. They even had paramilitary groups that were listening to their commands. That is how they solved the problem of the opposition.

Trump on the other hand has very few friends within the system. That is because his decision to run for President appears to have been more a spontaneous impulse rather than a long planned ideological take over. In fact, Trump seems to lack any clear ideological vision, other than thinking he is a great deal maker. But as we are seeing, that talent, even if he did have it, is not an important skill when it comes to politics.

His fellowship is equally chaotic. The only thing that unites them is the opposition to the status quo and maybe the dislike of Mexicans and Muslims. Other than that, they are divided and ready to be defeated. Such a loose connection simply is not enough to beat the well oiled machine of the deep state. The latter will either force Trump to comply with its demands, or it will make sure that his Presidency ends soon.

As a libertarian, all of this leaves me between the lines. On the one hand I can totally understand Donald Trump’s complaining about the deep state. Yes, a lying, corrupt bunch of hypocrites is exactly what he is up against. Currently, there seem to be several ongoing plots against his Presidency. And of course these nasty interest groups are also what libertarians ultimately have to defeat in order to create a liberal society.

On the other hand however, whenever Trump does make an actual alternative policy proposal, further state increases is all he seems to offer. From immigration controls, to import taxes, to an increase in state spending, this is all going to make things even worse rather than better. And so it seems inconceivable that liberty loving people could actively support Trump, for if he ever where to succeed to defeat the deep state, he would most likely replace it with something even worse. This is how most revolutions have ended. So we are probably lucky that he is such an amateur.

There is no need for libertarians to pick sides. People often feel compelled to do so, whenever there is a conflict. But when both sides are wrong, the best thing is to point that out. It is the job of libertarians to reveal the wrong solutions both sides have to offer. In addition to that, we need to point out how structurally incompetent the state is when it comes to solving problems. Most of the problems Leviathan tries to solve would not exist if it wasn’t for him in the first place. There will never be a real solution to the challenges we face, as long as we continue using the state as the tool to solve the problems. So boo Trump, and boo deep state.