Why Islam Haters are a Problem 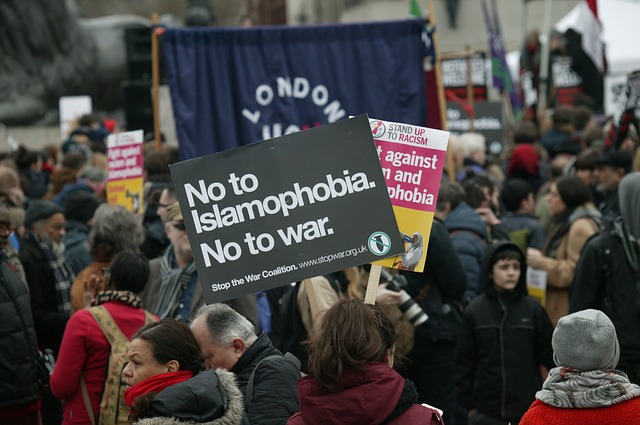 So this time, London is the European city in the news with a terrorist attack. Once again, a lone nutter, acting on his own by using very simple means, has caused a nasty blood bath. From what we know so far, the attacker claims to have acted in the name of Islam. ISIS, in their usual desperate attempt to be seen as the most cruel game in town, has already claimed responsibility for the massacre. It is however highly questionable that links between the attacker and the psychopathic proto-state in the middle east really do exist.

So far, none of the self proclaimed islamic terrorists in Europe in the last few years could be shown to have lived a virtues Muslim life. The vast majority lived as ordinary criminals until they discovered Islamic terrorism. This makes their islamic motivation look questionable. And yet they are claiming to have acted in the holy name of Islam. Needless to say that the vast majority of Muslims strongly disagrees with their assessment. But surprisingly, these holy nutters get support from an unexpected group of people.

Hardcore Islam haters are a diverse coalition, ranging from fundamentalist atheists to white supremacist nationalists. These people take every opportunity to point out that it is ISIS who gets Islam right, and that all moderate Muslims are mistaken. I have never been fully able to figure out what drives these Islamophobes. I suspect, their motivations are diverse. Some are certainly driven by a strange desire to hate. Others seem to be truth fundamentalists, who believe the truth has to have priority over everything else. They therefore find it difficult to tolerate moderate, but inconsistent ideologies.

Nevertheless, whatever motivates them, they are a problem. They are a problem, not because they are necessarily completely wrong, but because they only get it half right. I am the first to agree that fundamentalist Islam is a nasty ideology. I would even go further than that. Every fundamentalist ideology, which claims to a have knowledge of the one and only objective truth is potentially very dangerous. That is because most people have the assumption that truth matters. From there it is only a small step to assume that not only does truth matter, it also should have priority over everything else. Once that conclusion is reached, and someone thinks he knows exactly what the truth is, it is only a small step to approve of violence in the name of that truth.

Islamists certainly follow this logic to the end, which is why they are dangerous. Where most Islam haters, particularly the ones that are most vocal about it, get it completely wrong however is that they assume you can kill a religion like Islam all together. Some even seem to think that you can defeat it with weapons. This is a terrible, and very dangerous mistake.

Religions like Islam cannot be abolished with the sword. In fact it is likely that they cannot be abolished full stop. Especially European history shows that trying to fight religions with physical force is a disastrous strategy. The best warning example of pursuing such a strategy is the thirty year war from 1618 to 1648, in which Protestants and Catholics fought over who had the correct faith. This war never saw a winner. It only ended because so many people had been killed that there were not many left to fight. An absolutely disastrous outcome.

Radical ideologies only get stronger in physical fights. That is because once human lives have been sacrificed for the truth, it becomes even harder to abandon it, as that means to acknowledge that all the sacrifices were for nothing. Another terrible effect of this strategy is that critiques are silenced. Most people will demand that you pick sides. Either you are with us or you are with them. Therefore, criticism becomes treason.

A much more fruitful approach to tame the dangers of religion was adopted after the 30 year war. It was simply agreed that there should be some tolerance towards other faiths. This allowed room for moderate positions to be heart. It is precisely this support for moderate positions that in the end tamed Christianity. And no matter what people say, any Religion is up for interpretation, including Islam. It does not matter what the Quran or Bible says. Everything can be interpreted to mean something else. And we can indeed find a lot of interpretation of holy texts in every religion. Islam is no exception. A lot of moderate interpretations of the Quran already exist.

As a result of this strategy, Christianity in Europe has shrunk down to a fairly harmless and small fellowship. If it was not for recent immigrants from places like Africa, the numbers of true believers in a country like the UK would hardly be more than the numbers of a small cult. That is how it is done.

The Islam haters however are boycotting this strategy. They insist that Islam as a whole cannot be moderate and must therefore been fought all together. By doing that, they effectively become useful idiots for groups like ISIS and al Qaida who preach the exact same interpretation of Islam. And they sure appreciate the immense support they are getting from the Islamophobes. That is why Islam haters are part of the problem.