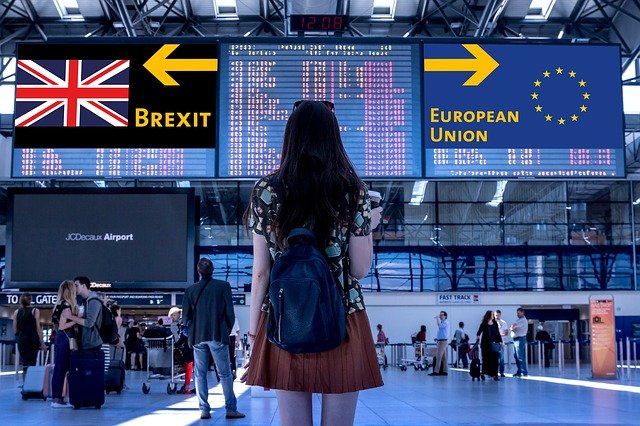 After over 4 years of constant fighting the process of getting the UK out of the EU has finally come to an end. Britain has left the Union. Some say that she is finally a free country. But that, in my view, would be a huge misinterpretation of what Brexit means.

When the whole process started, I naively thought that this was all about whether the EU is a good institution in its current form, and whether it is therefore beneficial to be a member. But from about a month before the referendum, it became clear that something else was going on. An interesting debate turned into a hatful shouting match. It became quickly clear that Brexit was as much about the EU as the Northern Ireland conflict was about Catholicism.

Brexit was just a proxy war of two fractions in society that clearly hated each other for many reasons. The membership in the EU became the perfect excuse to fight out whose site was morally superior. After the referendum, every compromise turned into treason for Brexiteers, many of which before had argue the UK could be like Switzerland or Norway. For the remain side, on the other hand, the EU turned into everything that is good in the world. Bizarre.

Even though, as a libertarian, I have always been a huge critic of the EU, and welcomed the referendum result, I did not like what I was seeing on either side of the argument. I want a small government that keeps a rule of law, but does otherwise stay out of my life. Throughout history, we have tried many tools to keep governments small. We have constructed constitutions which define limits on what government can do. We have divided the power within the state into different branches. Finally, we have introduced regular elections and term limits to keep governments accountable.

All of these tools are certainly nice to have, but ultimately they have been shown to be rather ineffective. Constitutions and laws can be interpreted and changed. The different branches ultimately always start to coordinate each other, and the rule of a majority in an election can turn out to be more tyrannical than a lone dictator. As it turns out, not everyone votes for liberty.

Unfortunately, institutional checks on power have turned out to be toothless. But there is one thing that has shown to be quite effective to keep governments small – competition. Every government ultimately depends on some kind of cooperation of its citizens. In particular, citizens are the only source of revenue the state has. The ruling class needs the wealth created by citizens to be able to live their privileged lives.

It is therefore a huge problem when these citizens decide to go and pay their taxes somewhere else, where they are treated better. It is not a coincidence that authoritarian government often end up limiting the ability of their citizens to leave the country.

If liberty is the goal then the centralisation of power needs to be prevented. Brexit is a huge disruption to the process of turning Europe into a centrally controlled state. Whether this central state is democratic or not is secondary. The only reason why Europe is such a successful continent is because it has always been divided into many many smaller political units. This gave a lot of room for political experimentation. We just saw again in the pandemic how important it is to see different political approaches.

However, in order for competition to be most effective, people need to be free to move. The mainstream Brexiteers did not understand or cared about this important fact. Their whole focus was on Democracy. My idea of a good Brexit was to get out of the EU, keep free movement and join Schengen. That is not a fantasy of course. Countries like Switzerland or Norway have done just that. But amazingly, a lot of Brexiteers confused elections with liberty. Many did not like the idea at all those people can just move around in Europe without local governments being able to stop the process.

Instead they imagined that if only they would be ruled by democratically elected politicians then all would be well. Britain would be a free country, because elections are freedom. This overlooks that the major source of power in the UK has always been the democratically elected parliament in Westminster and not the EU. It is true, Brussels does a lot of laws without much democratic process. It is also true that the EU imposed a foreign legal system on the superior British common law.

Nevertheless, whenever EU laws went against the interests of the ruling class of a member state, particularly a big member state like the UK, these states have always managed to ignore Brussels. The UK for that reason has never joined the Euro. This was not in the interest of Westminster.

The EU has served as a scape goat. A lot of laws that Westminster liked, but that were not popular with the population in the UK, were blamed on the EU. It is the oldest trick in the political handbook to blame domestic problems on a foreign enemy. That way, the politicians in London looked like the friends of the people which just had no choice but to follow the dictate of the evil EU. In reality, they were the real problem.

If there was any doubt about that, the year 2020 should settle it. Yeah, finally the UK is not ruled by tyrannical Brussels. She can now exclusively make her own democratic laws. And what did Parliament do? They locked everyone up in their homes and closed large amount of businesses. And they did that with huge support of the population. Go freedom!

The problem with competitions is that there are usually some who do worse than others. And as far as politics outside the EU goes, the UK is losing that competition fast. I know, there are still some delusional Brexiteers who think that the UK will now become the new Singapore of Europe. They are saying this while “libertarian” Boris Johnson is openly unveiling plans to turn this country into a green communist paradise. But don’t let reality get in the way of a nice narrative.

Brexit has unveiled that the problem is not Brussels but Westminster. That is actually an argument for Brexit, as that inside is very valuable. The blaming it all on Brussels game that some local politicians loved to play is now over. Even though I expected this to happen, I am nevertheless shocked how ruthless and incompetent the local ruling class is. I did hope that, while terrible, they would turn out to be at least a bit better then some of the competition. But that illusion really was crashed hard in 2020.

And it is not just the ruling class. The love for liberty is no where near as widely spread in the population as I had hoped when I moved to this country of classical liberalism. OK, it is still better than in many EU countries, but not good enough. The people are more concerned with health and safety as well as not offending anyone. There is not much time for liberty in all of this.

I have therefore decided to vote with my feed and leave this sinking ship in the coming month. I am going to a better run, small EU country. Luckily, I still have the option with my EU passport. But unfortunately, that option has now been made more difficult for many in the UK, because a lot of Brexiteers are not liberals.

It surprised me that free movement ended after Brexit. Up until the referendum, the EU was very clear that anyone who wants a deal with the Union needs to accept free movement. And the Brexit campaigns were all seeking an agreement before that became treason ofter June 2016. When Switzerland decided in a referendum to end free movement, the EU said that cancelling this freedom would automatically result in a termination of all the other agreements. The fact that the EU caved on this point during the negotiations with Theresa May shows how little interest the EU has in liberty.

The coming years are going to be interesting. I don’t suspect the EU will survive until the end of this decade in its current form. It will be the destruction of the Euro that will bring major reforms and maybe a collapse of the Union as a whole. Using a currency to distribute wealth within a political Union is just a terrible idea.

Who knows. A different, less centralised EU might be worth supporting. And given how things are going in the UK, people might soon be looking for someone to free them of their tyrannical government. I remain convinced that decentralisation of power is vital to keep governments in check. So overall, on balance, Brexit is still a good thing.